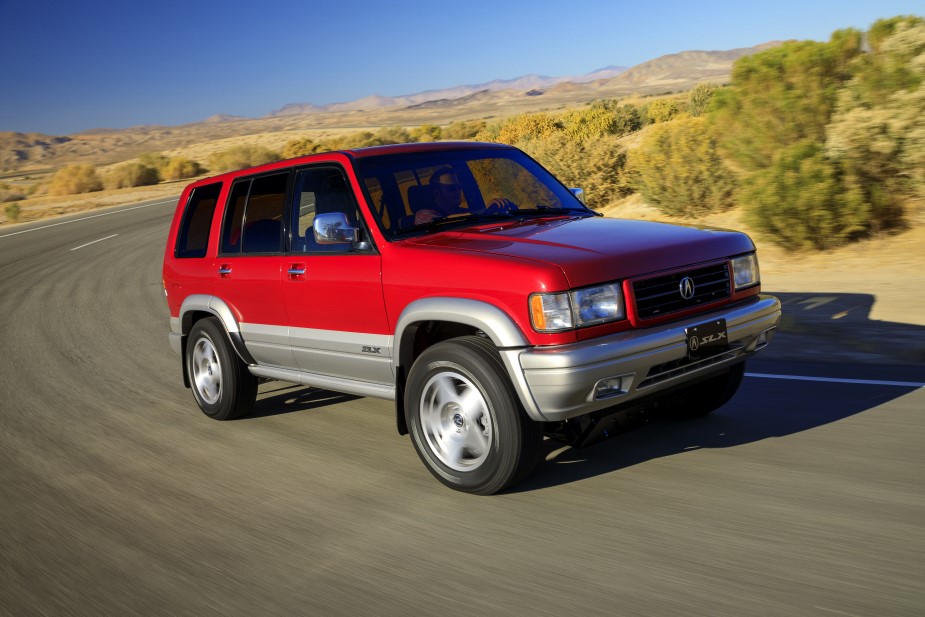 Acura will be making a callback to the ’90s at the RADwood Car Show in Orange County on Saturday when the luxury automaker will feature a restored 1997 Acura SLX, the brand’s first-ever SUV.

Designed specifically for RADwood, the refurbished SLX will have a 350-horsepower, race-tuned 2.0-liter VTEC® Turbo engine, and 10-speed automatic transmission. It will also include the fourth generation of Acura’s torque-vectoring Super-Handling All-Wheel Drive™ (SH-AWD®) system.

“Acura is an ‘80s kid, so RADwood is a perfect event for us to display our heritage,” said Jon Ikeda, vice president, and Acura brand officer. “Nostalgia for ‘80s and ‘90s vehicles has grown tremendously, and we’re seeing them start to become really collectible. RADwood is always packed with a lot of fun and interesting stuff, so we knew we would have to bring something a little crazy to the table.”

Alongside the “Super Handling SLX” will be a 1991 NSX (VIN: 00052) – the earliest known NSX in North America, a 1986 Integra Coupe from the Acura Museum in Torrance, CA and an original (unmodified) 1996 Acura SLX – owned by collector and Acura enthusiast Tyson Hugie, according to a press release from Acura.

Taking place on Dec. 7 at Oak Canyon Park in Silverado, California, RADwood is a car show that blends era-correct dress of cars, trucks, and bikes from 1980-1999 and captures the attention of car enthusiasts as well as nostalgia seekers.

Acura and Isuzu joined forces and sold limited numbers of the SLX from 1996-1999. Eventually, the SLX was succeeded by the Acura-engineered MDX and later the RDX, models that have gone on to see tremendous market success.

There is no doubt that RADwood will be the perfect stage for the SLX to make a comeback, and draw attention from the hundreds of fans that plan to attend. Tickets are still on sale through Eventbrite if you have the opportunity to see this rare SUV up close and in person.