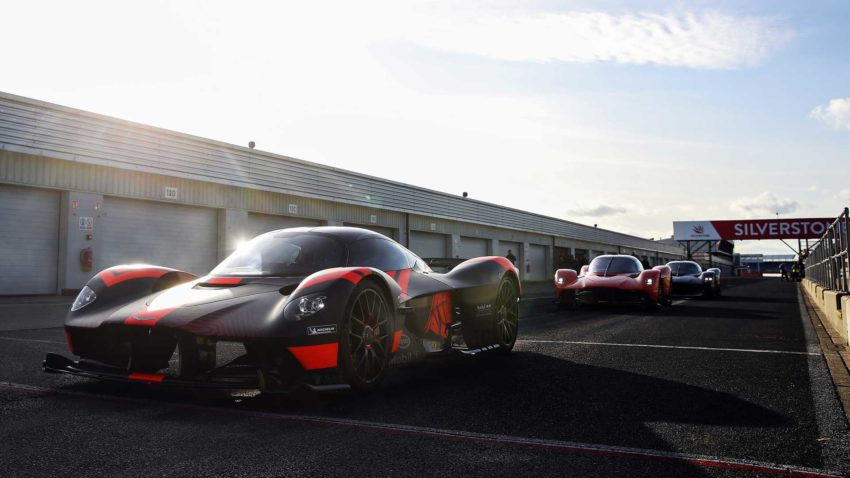 After much anticipation, Aston Martin sent three Valkyrie models to the Silverstone Circuit in England to see what this powerful hypercar is capable of doing.

Aston Martin teamed up with Red Bull Racing to give professional drivers Max Verstappen and Alex Albon the honor of putting on a show for the revolutionary sports car’s public debut.

Striving for perfection has always been a major philosophy for the British automaker. That’s why Aston Martin was eager to receive initial feedback from both Verstappen and Albon after getting the chance to test out the Valkyrie.

Aston Martin’s High-Performance Development Driver, Chris Goodwin, was on-site to hear what Red Bull’s drivers had to say about taking the Valkyrie for a spin around the track.

Check out the following video from Motor1 to see footage from the test run. If you have a pop blocker, you may need to disable it in order to play the media clip.

Aston Martin believes that this event was a success and will hopefully lead to more opportunities to test other hypercars like the “Son of Valkyrie,” also known as the AM–RB 003.

“This event has been an incredibly important step in Aston Martin Valkyrie’s story,” said Goodwin. “To have three cars now running will see the rate of physical development for this exceptional hypercar increase exponentially.”

After hearing more from the Red Bull Racing Team drivers, it seems as though the first impression is positive. Due to the success that was experienced at Silverstone, Aston Martin will move on to the next phase of the Valkyrie’s physical development program.

“Both Max and Alex were both really positive of the direction that we’re currently taking and could see that the ingredients for an exceptionally high-performing car are already there ready to be untapped,” said Goodwin. “To have that second opinion and validation doesn’t mean the hard work is done already, but this is a great step on our journey.”

Aston Martin has pledged to keep building further verification prototypes with the hope of bringing more customer examples to life in 2020.