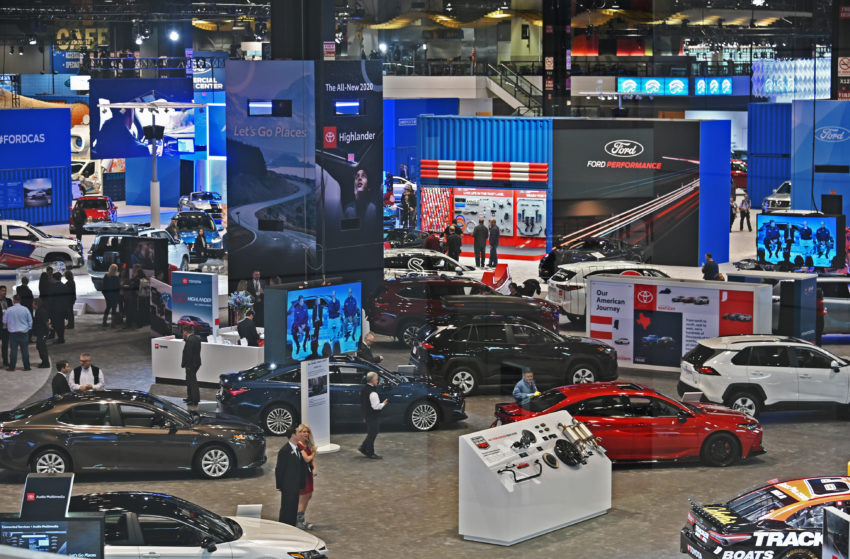 The Chicago Auto Show always brings life to The Windy City during the first week of February. That’s because it’s time for the 2020 Chicago Auto Show’s Media Preview. Chicago is central to both coasts and thanks to some recent rescheduling of other shows, it is now the first show of the new calendar year.

SOME NEW, SOME REFRESHED

Many Auto manufacturers chose the 2020 Chicago Auto Show to reveal their latest offerings for the upcoming year. There’s a good reason why: This is the largest show, attendance-wise, for consumers in the nation. Auto aficionados from Illinois and all surrounding states converge on the Windy City to see the latest and greatest vehicles to hit the market today. Here are a few that caught the eyes of Napleton.news.

Wrangler and Gladiator High Altitude models will arrive in Jeep showrooms in the second quarter of 2020.

Nissan revealed the 2020 Frontier which now beats with an all-new, powerful 3.8-liter direct injection V6 engine and all-new 9-speed automatic transmission – both of which will be key elements in the next-generation, all-new Frontier coming soon.

The 2020 Frontier, which marks the last model year of the current generation, will feature best-in-class horsepower1 while also providing improved fuel economy and emissions performance. It will go on sale in spring 2020.

Honda introduced their newly refreshed 2020 Honda Civic Type R fresh from its world debut at the Tokyo Auto Salon last month. The first time in the U.S., it was revealed in its new Boost Blue exterior color scheme.

Fresh on the heels of the new Sonata introduction, Hyundai debuted their new Hyundai Sonata Hybrid. Featuring all the goods that are part of the original 2020 Sonata, the new Sonata Hybrid receives an EPA estimate of 52 MPG combined fuel economy rating and a range of 686 miles on the Blue operating level.

It includes an integrated solar panel roof that can charge the 12 V electrical system and increase the driving range for an additional 700 “free miles” per year.

Toyota introduced the new Highlander XSE trim level and a couple of new trim packages for their truck and SUV lineup. The Trail Edition Tacoma, Tundra and 4Runner are up with features to enhance driver convenience, especially when venturing off-road.

Also up are the new Nightshade versions of the Tacoma, Tundra, 4Runner and Sequoia, which include blacked-out wheels, exterior badging, and more. They appear late summer at Napleton Auto Group dealers.