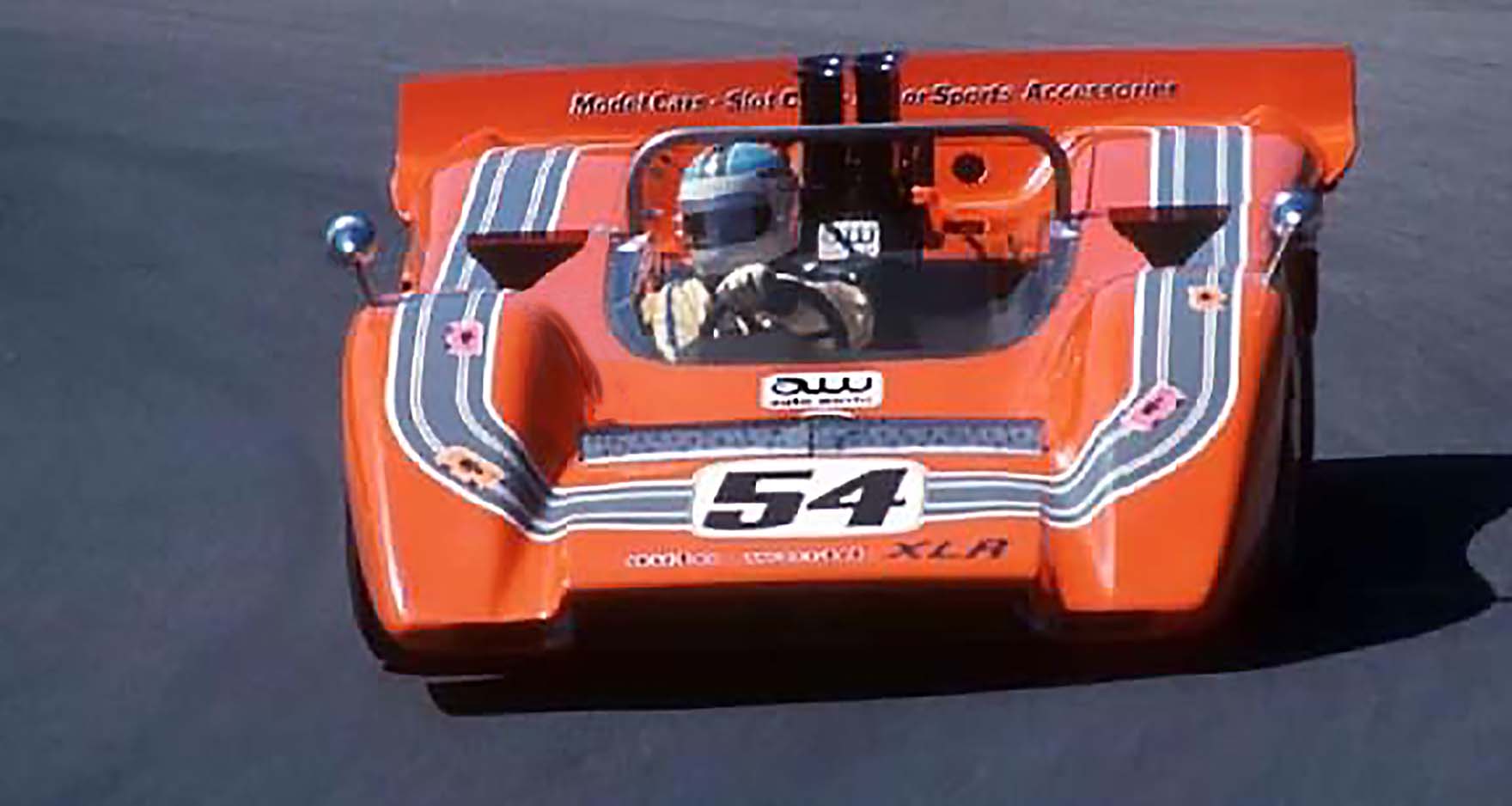 Automotive legend Oscar Koveleski passed away at 88 years of age. You may be saying to yourself, okay, so what’s the connection, and how is this important to me? Read on, to find out.

At Napleton.news, we have the opportunity to test many vehicles. One day we paused while driving for a phone call while testing a “safety yellow” Aston Martin Vantage. A lady comes over and starts to rap her ring-adorned hand on the side glass, surprising me and causing me to leap out of my skin at the same time.

I rolled down the window, to which she asks, “what does it have under the hood?” Realizing she was only asking about the engine, I answered, telling her it was a 4.0-liter twin-turbocharged V8. Without skipping a beat, she answered, “oh, that’s the Mercedes engine.”

How would she know that?

The reason this raised my hackles is that only a true gear-head would know such minutiae. I asked how much she knew about cars. She immediately came back with, “My father used to race McLaren Can-Am race cars, and I used to hang out in the garages at Watkins Glen and Pocono raceway with the Andretti kids. She introduced herself as Sharon Koveleski. I knew McLaren race cars are as rare as hen’s teeth, so I asked her who her father was. She said, “oh, I am sure you have never heard of him. His name was Oscar Koveleski.” I countered with “Auto World Oscar?” She asked me, “You’ve heard of him?!!”

If you are a car person of a certain age, you have probably heard of Oscar Koveleski. Icon, racing driver, innovator, raconteur and long-time hobby shop legend, Koveleski, passed away December 28, 2020, in Clarks Summit, PA.

Anthony Michael “Oscar” Koveleski had racing in his blood from a young age. Long-time crew chief and friend Jack Deren said, “He had a deep love for racing. He tried drag racing and oval racing, but he always said sports cars were what got his blood going.”

Well known for his exploits on the race track, he was known as a businessman and a family man first.

His business skills led him to open Auto World in 1958. The premier model car and slot car-racing mail-order company in the world was founded on his kitchen table and later relocated to a facility in Scranton, PA, not too far from the Napleton Auto Group dealerships in Wyoming Valley.

From the kitchen table….

As a kid, way before I started to write and photograph cars, I remember sending quite a bit of my allowance up to Scranton. It was a ritual: I would see something in the Auto World catalog, which was like the Sears Christmas catalog for kids who liked cars. I would save the coins (later dollar bills) that I earned doing chores, give them to my mother, who would write a check and send the order form, in an envelope, to someplace in far-away Pennsylvania.

Ten days to two weeks later, back when the post office worked as intended, a box would arrive containing the latest in model car kits and slot-car accessories needed to go fast in our imaginations and on our home model racetracks. There were no FedEx-style tracking numbers. The anticipation helped build character. Or so my mother would tell me.

…to the race track.

Oscar was a confident driver on the track, having won his first race at 18. According to his friend Jack Deren, “he liked to win as much as anybody, but he recognized his position on the grid and who he was racing with. His goal was to finish. He couldn’t afford a crash or a blown engine. For him, a good finish was having fun and putting the car back in the trailer in one piece.”

While successful as a businessman, he didn’t have the funds to test and practice the way the professional teams did. But he still managed to receive a fair bit of attention anyway. They’ll know I’m here, and that’s when the storytelling would begin.

It was said Koveleski loved to talk. As his friend Deren described, “nobody really talked to Oscar. They listened to Oscar.” At a charity event in Watkins Glen, NY, Koveleski was at the podium so long, talking and telling stories, when fellow racing driver (and champion) Brian Redman started taking bids to get Oscar to stop. By the time it was finished, they had raised $1,100 in 1970’s cash.

As the model car and slot car hobby began to wane, Oscar, as a race driver is wont to do, kept looking up the road. He noticed a distant blip on the radar: Radio Control cars. He combined forces with the Jerobee RC Company radio-controlled cars to help this new emerging hobby/sport.

After closing Auto World, he took up promotions for Newman-Sharp Racing and others. Kidracer, a motorized racecar, was next, teaching over 100,000 “young drivers” the rules of the road. Often combining their efforts with good causes, he found one in Paul Newman’s Hole in the Wall Gang children’s charity.

For more than fifty years, Oscar was a member of the Sports Car Club of America. According to some reports, he learned to fly at the age of nine. Oscar later took up flying closer to the ground in a modified MGTC sports car. Later he graduated to a Ferrari with a Chevrolet V8 where the Italian engine was supposed to be. He raced a Shelby Cobra roadster in the inaugural 24 Hours of Daytona and even a couple of McLaren Can-Am cars.

Along with Brad Niemcek and Tony Adamowicz, Oscar created the PRDA (Polish Racing Drivers of America). Together, they joined up to field an entry in the first Cannonball Baker Sea-to-Shining-Sea Memorial Trophy Dash from New York to Los Angeles. The trio, driving in a Chevy Van, completed the race without stopping because it carried five 55-gallon drums of racing fuel. The race was later immortalized in the 1981 movie “Cannonball Run.” My mother would have killed Dad if she knew how they were planning to compete. If the van didn’t blow up, Mom would have blown it up on her own,” said daughter Sharon Koveleski.

With Oscar, you mostly listened.

Who would have imagined a small mail-order company from Scranton, PA, would be responsible for launching so many automotive careers. Author and race track public relations manager John J. J. O’Malley was one of them. As he told the Wilkes-Barre Citizens’ Voice, “Auto World was a great place to go,” said O’Malley. “I did stories on Oscar, saw him race in the Giants Despair Hillclimb (He won seven times) and covered the SCCA nationals at Pocono Raceway.”

“Everyone knew him and had a lot of respect for him,” said O’Malley.

“I first met Oscar at the first Road Atlanta Can-Am race (1970),” said Amelia Island Concours d’Elegance chairman Bill Warner. “Over the years, we became good friends through the Cannonball and RRDC and other automotive events where we could have a few laughs. He was a good long-time friend.”  Warner tells of visiting him at the Auto World facility in Scranton 20 or so years ago. “His office ran like his brain…..a thousand thoughts at once,” he said. “There was never a phone call with Oscar that lasted less than 30 minutes, at which time you mostly listened. His mind was a little bit faster than his McLaren Can-Am car. What a life he led.”

Auto World was the birthplace of many automotive careers.

Others discovered skills through their Auto World dealings. Some of my earliest car photography was with a Kodak Instamatic camera used to photograph the models I would enter in the Auto World model building contests.

Through Auto World, Oscar Koveleski was an early influencer, before such a person even existed. The AW Catalog caused many kids to dream big. Some even have careers in the industry today.

“But above all, he was a family man,” said Sharon Koveleski. “I didn’t realize how legendary he was. To me, he was just Dad.”