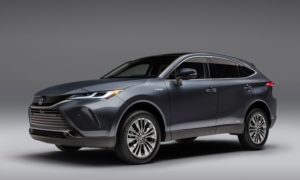 Toyota has steadily improved its overall score by a total of 49 points since 2012, which shows an unwavering commitment to its relationship with suppliers.

“With the unprecedented challenges now facing the automotive industry, the OEMs will be leaning more heavily than ever on their suppliers. The study shows that Toyota knows how to work most collaboratively with its suppliers, is well trusted, and therefore is well prepared to face these challenges,” said Dave Andrea, Principal in Plante Moran’s Strategy and Automotive & Mobility Consulting Practice.

Perhaps the most impressive part about Toyota’s top ranking in 2020 is just how often the Japanese automaker has earned that spot. Ever since the Working Relations Index was launched in 2002, Toyota has held first place every single year with the exception of 2009 and 2010, when Honda temporarily took over first place.

The study evaluates the trust and communication between suppliers and OEMs. Automakers are incentivized to have clear and honest communication with their supplying partners not only to rank well on the study, but to have better overall working relationships.

Some of the benefits an automaker can receive from ranking high on the list include better pricing, more investment in innovation, more sharing of technology, and better supplier support. All of these qualities help to contribute to the OEM’s operating profit and competitive strength.

“Focusing on improving supplier relations across purchasing, engineering, and product development, is critical for the automakers right now,” said Andrea. “Suppliers contribute 60-70 percent of the value of the vehicle, so it is clearly in the OEMs’ best interest to set the goal of becoming the most preferred automaker to do business with – as Toyota obviously has.”