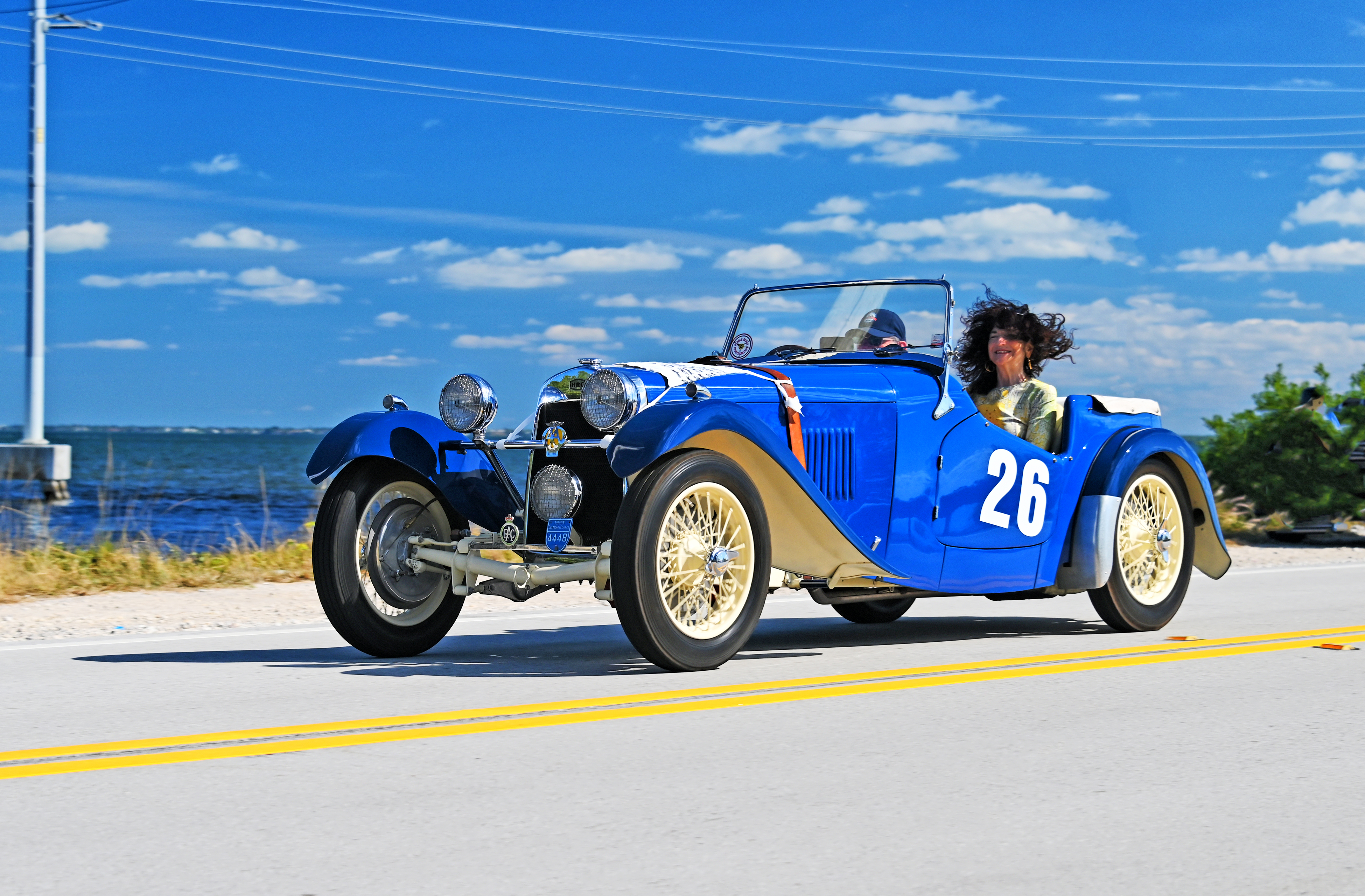 Gather the best cars, boats and airplanes at the same location each year in early December. What have you got? The Ocean Reef Vintage Weekend.

The Ocean Reef Club, in Key Largo, Florida, is a modern-day, adult version of Fantasy Island. A primary residence for some and a vacation getaway for others, it’s one of the prettiest places on earth. Additionally, its roads, marinas and airport make it a great venue to hold a vintage car, boat and airplane exhibition before Winter has a chance to get its claws into you.

Located approximately 25 miles south of Miami, it’s a private club that opens to the public once a year, during “Vintage” as the locals call it. Now in its 24th year, it is an annual celebration of the art of the automobile, watercraft and airplane. The best part is the weekend is a “just for fun” event devoid of Concours d’Elegance rules. Instead, it is more a popularity contest with car categories such as “Most Gangster Automobile,” while aircraft awards laud the “Most Famous Veteran” for an actual warbird, and in the case of the boats, awards for “Most Shoes On the Dock.”

THE CAR’S THE STAR

While Boats and Planes get equal billing at the Ocean Reef Vintage Weekend, we’ll be honest and tell you that in our opinion, the Car is the Star.

Celebrating the 100th Anniversary of the Bentley marque, William T Gacioch brought his 1930 Bentley “Blue Train” tribute car. A famous replica in its own right, this is a recreation of a Bentley that was inspired by Bentley saloon that raced the luxurious express “Blue Train” from Cannes to Calais, France, in March 1930. So wide was the original Bentley’s margin of victory, that it managed to get on board a steamship from France to England and then drove another 700 miles, arriving at London’s “The  Conservative Club” four minutes before the Blue Train pulled into the station in Calais, France.  The French Government was so humiliated by the loss that they fined the driver of the Bentley for speeding on public roads.

Vintage Weekend is known for elegance as well as quirkiness. That was never more evident than this year, which saw everything from a Jaguar XK120 C-Type Open Racer, to a 1967 Shelby Cobra 427 S/C to a resto-modded 1955 Chrysler Imperial convertible complete with a contemporary SRT-8 392 cubic inch 485 horsepower HEMI engine.

Surf wagons were also on hand, including the 1957 Chevrolet Nomad Station Wagon in copper metallic and a seafoam green 1956 Ford Surfwagon complete with a matching green board on the rack above.

Quirkiest of all, though, was a “fallen flag” automobile. Fallen Flag refers to a brand no longer with us. In this case, it was a 1937 Oldsmobile Special race car that was typical of the type that ran at the Brickyard of the Indianapolis Motor Speedway. Complete with a second seat for a race mechanic, the mechanic not only hopped out to fix a problem with the car, he would also hit the driver in the ribs to let him know he was about to be overtaken. Many times they would finish the race with a broken rib or two.

On the docks, the Chicago-based 123-foot Feadship-built Blackhawk yacht was a crowd favorite. Presented by Chicago Blackhawks hockey team owner Rocky Wirtz, it won the Trumpy Award which is the boating equivalent of Best in Show.”

As with all cars, there is the occasional need to dip under the hood. Vintage weekend is no different.

Every car show, even with the loosest of rules, has a “Best in Show.” That’s where Ocean Reef Vintage Weekend returns to the on-ramp. For this prize, showgoers selected Mark Hyman’s gorgeous 1938 Peugeot 402 Darl Mat Special Roadster. With its hand-formed aluminum body and beautifully styled interior, it was displayed as though it just rolled out of the factory. It is a French-derived brand and is still very much in the news today as the company completes its merger with FCA, the parent company of the Chrysler Dodge Jeep and Ram brands sold by Napleton Auto Group.

Here at Napleton.news we are obsessed with the car. The art of collecting anything is a critical process. Whether it’s a car, boat, airplane, watch, train, widget or what have you, it deserves to be maintained and treasured. Collectors who own these pricey and sometimes priceless vehicles are mere caregivers. Their job is to attend to them while in their possession so they can be passed on to the next generation at the appropriate time.