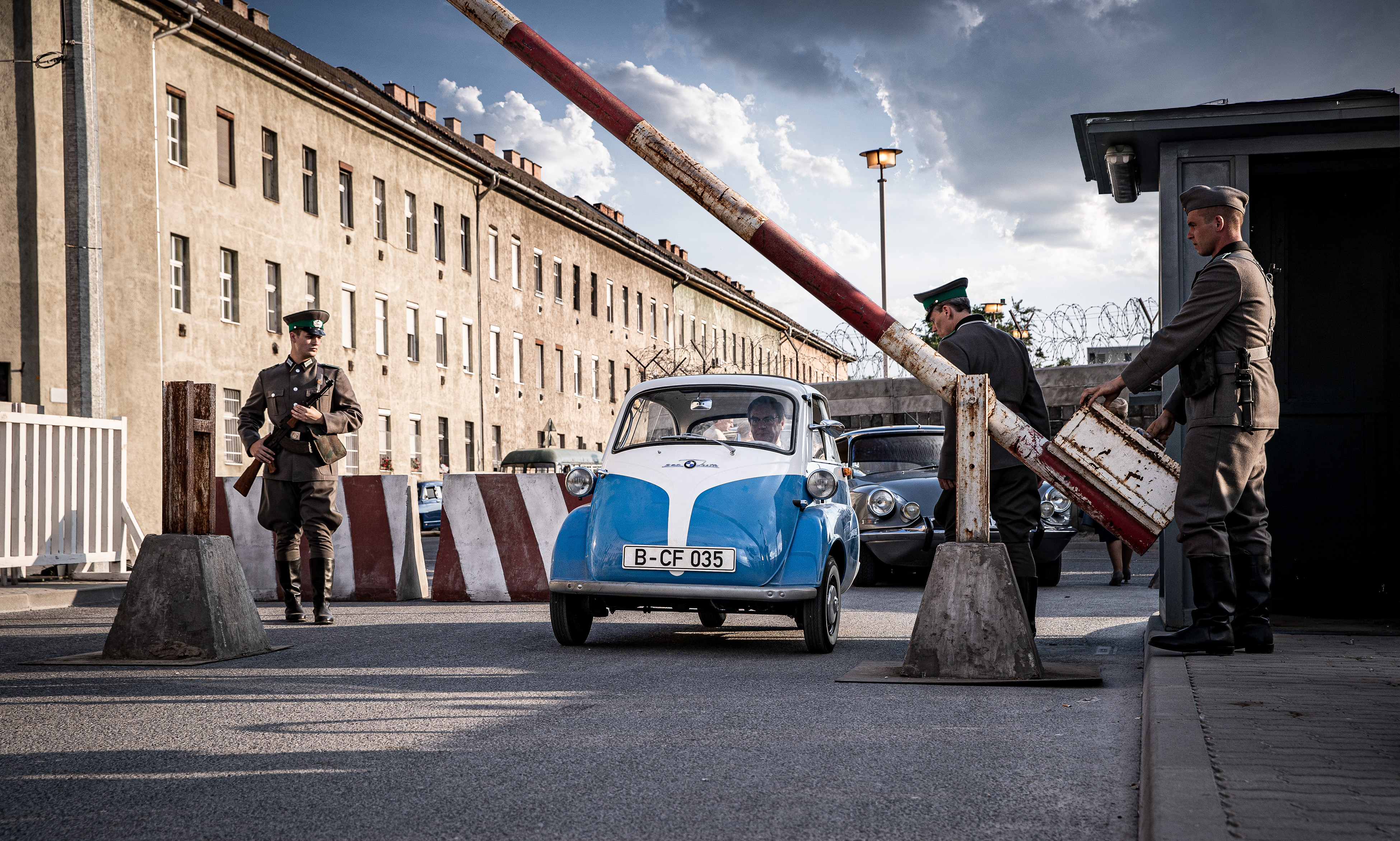 Once upon a time, the BMW Isetta had a significant roll in many small escapes. Known euphemistically as a bubble car, the seven-and-a-half-foot vehicle played a role in several notable flights to freedom. A classic BMW Isetta recently played a starring roll in the BMW-produced short film “The Small Escape.” With over 160,000 sold, it became the single best-selling single-cylinder car of all time. Priced at 2,550 German Marks (about $1,450 today), it was affordable to many households.

In The Small Escape, a short feature film “based on a true story,” a BMW Isetta is the “Hero Car.” The film tells the story of Klaus-Günter Jacobi, a car mechanic in Berlin-Reinickendorf, who decides to modify his BMW Isetta car to hide a passenger within a modified engine compartment to help them escape to freedom in West Berlin. As it turns out, the passenger is his best friend, Manfred Koster.

The time is 1964. Jacobi’s family had already left East Berlin in 1958, which was three years before the construction of the Berlin Wall. After the wall’s construction, his old friend, Koster, asked him to help escape from the GDR (East Germany). If you have ever seen an Isetta in person, you would know it to be a very tight fit for two people on the seat directly behind the front door. Such a small vehicle would hopefully not arouse any suspicions with the border soldiers.

Jacobi got to work in his shop, converting the trim area behind the bench seat. He gained space by removing the spare tire, heating equipment, and air filter from the area adjacent to the engine. He also exchanged a 13-liter fuel tank with a 2-liter container for additional space. It wasn’t spacious by any stretch, but it did allow for safe passage if completed before the fuel ran out.

On the evening of May 23, 1964, a few minutes before the border closed at midnight, Jacobi drove his BMW Isetta with his childhood friend, Koster, tucked inside. Shortly after crossing the border, he freed his friend from the hiding place behind the seat and hugged him with delirious joy. It was the only time Jacobi used his BMW Isetta this way. Through the years, eight other residents of the GDR escaped to the West, in similarly converted Isettas. One of these examples is on display today at the Berlin Wall Museum near the former Checkpoint Charlie. If you are fortunate, you might receive a guided tour through the museum by Jacobi, who is now 79-years-old.

“Since their invention, Automobiles have brought freedom and self-determination to humankind. Cars bring people together. It’s all about freedom, independence and dreams,” said Jens Thiemer, head of BMW Brand Management.