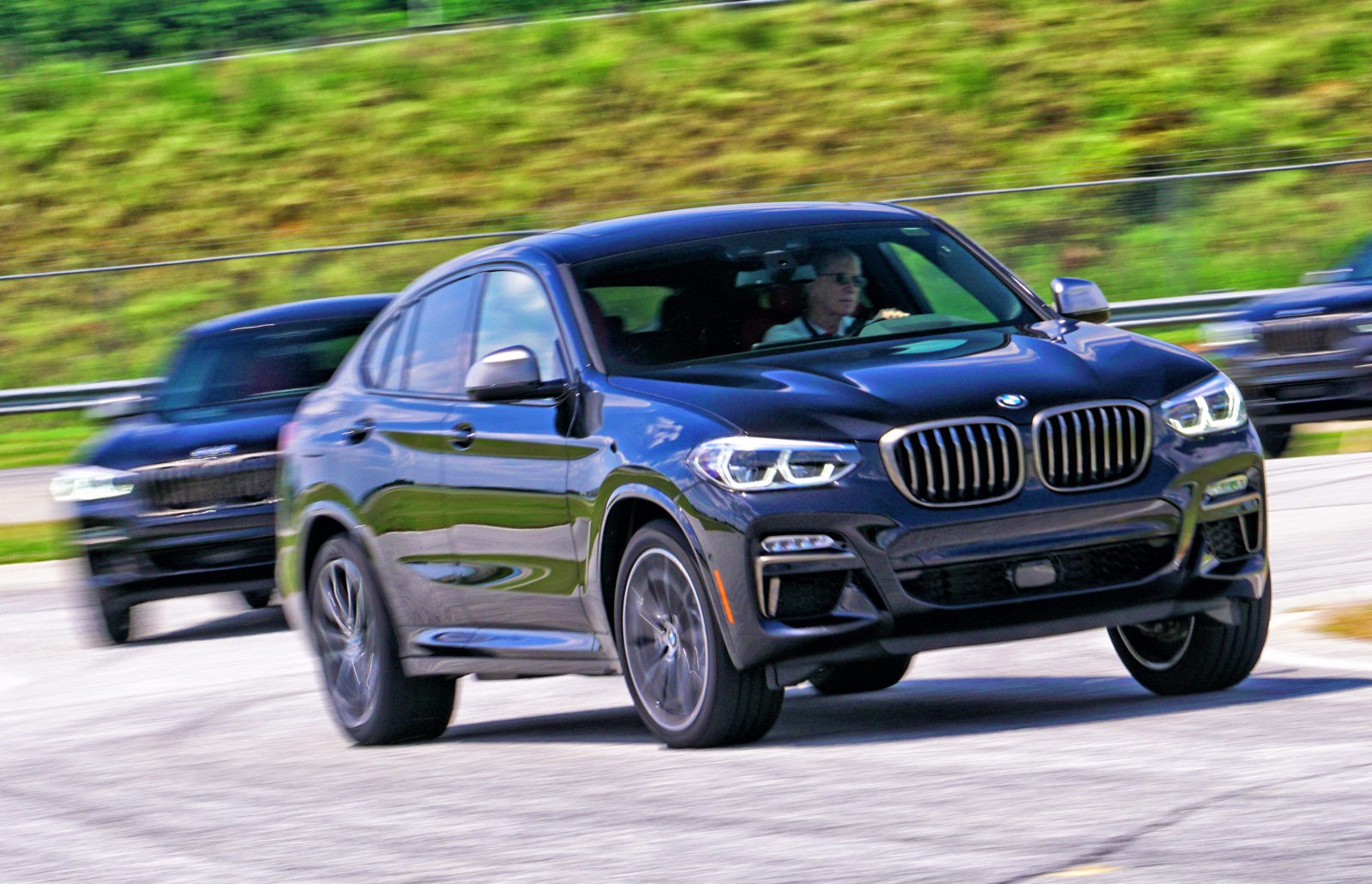 Saying Achtung with a Southern Accent.

If you have an opportunity to listen to your new BMW X4 M40i, chances are you will hear it speaking with a bit of a Southern accent. That’s because this new X4 Activity Vehicle hails from the BMW Plant Spartanburg, in the great state of South Carolina. Activity Vehicle? That’s what the brand from Munich, Germany describes their SUVs as because frankly, they are quite sporting in nature. Now in its second generation, it makes the scene with a longer, lower and broader silhouette that is honestly, faster than it was before.

BTW: While BMW is not the only company making vehicles in Alabama, Georgia, Mississippi, South Carolina Tennessee. But in 1994, they were one of the first few if not the first in fact to “go South, young man,” (with apologies to Horace Greeley and others).

We are sure you’ve noticed, but Television ads are favoring SUVs, er SAVs, CUVs and trucks more than passenger cars, lately. We remain a firm fan of a car and station wagon, where available. The hotter, the better. (We’re looking at you, Mercedes AMG, BMW M, Audi S and others)

For 2019, the BMW X4 M40i gains about two inches in wheelbase, three inches in length, and 1.5 inches of width over the model it replaces.

The two inches within the wheelbase are good for more backseat legroom. The sheet metal has undergone more stylization, being both smoothed and creased, for a 10-percent more sleek profile, down to 0.30 Cd. For those with a measuring stick, there is 18.5 cubic feet of cargo space in the way back, which grows to 50.5 cubic feet when you fold the 40:20:40 rear seat forward.

The new BMW X4 has been tidied up a bit overall, and a more athletic appearance is the result. It even looks better than its larger BMW X6. To our eyes, it seems like the added length has done wonders to reduce the chunkiness present in the older version of this X4. A character line works its way up from the door handles to the rear taillights, leaving a cleaner look overall. “It features a dynamic silhouette, with a pared-back use of forms,” said Adrian van Hooydonk, BMW Group Senior VP of Design.

Two trim levels define the segment, starting with the xLine model, which is the standard base offering. The up-market M Performance model features wind-cheating design, front and rear, with wheel aprons and side skirts.

The new X4 comes in two flavors, which are defined by engine choice and other features. First, there is the X4 xDrive30i, which includes a 2.0-liter turbocharged four-cylinder engine making 248 horsepower and 258 lb-ft of torque, which is a change from the 2018 model, gaining eight horsepower, but losing two torques. It’s good for a 0 to 60 mph sprint in 6.0-seconds, with a top speed of 130 mph.

While touring BMW Plant Spartanburg, we tested the X4 M40i powered by its 3.0-liter TwinPower turbocharged in-line six-cylinder engine which delivers 355 hp and 365 lb-ft of torque. Topping out at 155 mph, it can achieve a 0 to 60 mph sprint in 4.6-seconds.

For reference purposes, the 2018 model provided 355 hp and 343 lb-ft of torque.  Power transmits to an eight-speed Steptronic automatic transmission and BMW’s Adaptive M Suspension. And even though it rides higher than a sedan, the BMW X4 M40i is still able to boast of a perfect 50:50 weight bias between the front and rear axles.

Inside the X4, we found a quiet interior both in how it hushed the sound and through its use of high-grade interior materials. A new, driver-centric, leather dash with a matrix-style pattern across its face and trim panels on the door, sets the standard. Other features give the overall design a very contemporary feel. Our example included a TFT screen with configurable gauges that change according to the selected drive mode.

We had a chance to use the X4 M40i’s paddle-shift levers to add a bit of engagement from the pilot’s chair, via the steering wheel-mounted paddle shift levers. The engine noise gained a bit of throatiness which made for a really engaging and enthusiastic feel at speed through the backroads near Greer, South Carolina.

New to our X4 M40i, is an available active safety system that initiates protective measures when it senses an accident is about to happen. That, along standard “active guard,” which includes frontal collision warning, city collision mitigation with braking, pedestrian warning with city braking, and speed limit information. All should supply a variety of safeties in case the driver becomes distracted. Dynamic Stability Control (DSC) is included with antilock braking system (ABS), Auto Differential Brake (ADB-X) and Cornering Brake Control (CBC). Dynamic Traction Control (DTC) and Dynamic Brake Control (DBC), are all part of the safety suite on the 2019 model. Thankfully, we never had to test the system’s effectiveness.

The X4’s navigation app appears on a large 10.25-inch display screen controlled by the BMW iDrive “Touch Controller.” It’s an innovative system that utilizes “finger gesture controls” in front of the display screen. It’s impressive to watch as you twirl your finger to raise or lower the volume and other controls.

M as in Muscle.

With the BMW X4 M40i, the dividing line between performance car and Sport Activity Vehicle (SAV) have faded from view. At least that was the first impression we felt as we departed on a 150-mile test route through the South Carolina countryside. Behind the controls, we noticed well-behaved steering while winding along the twisty mountain roads and gently sweeping curves of “the Palmetto State. The adaptive M suspension makes the ride all the better with on-the-fly adjustments to its electronically-controlled dampers. If you choose to adjust it yourself, drivers can vary settings via the Driving Experience Control switch on the central console.

The 3.0-liter TwinPowerTurbo in-line six-cylinder engine offered excellent throttle response with virtually no turbo. BMW’s TwinPower protocol receives enhancement by the flaps inside the M sports exhaust system, which managed a forceful concerto whenever we chose to stand on the throttle.

Moving over to the BMW Performance Center test track only drove that point home. This X4M is an SAV that thinks it’s a sports car. Acceleration was immediate while heading through the variable-radius turns which required little more than a brush of the brake pedal before turn-in. We followed on the exit with a smooth squeezing of the accelerator while climbing the hill leading to an off-camber leap of faith move into a corkscrew-style curve. Try as we might, there was very little that we could do to upset this X4 ride’s ride.

With the 2019 BMW X4 M40i, the transition from a sports sedan to SUV, er, SAV is almost non-existent. Hop in, buckle up and enjoy the ride.

One thought on “The BMW X4M Review”