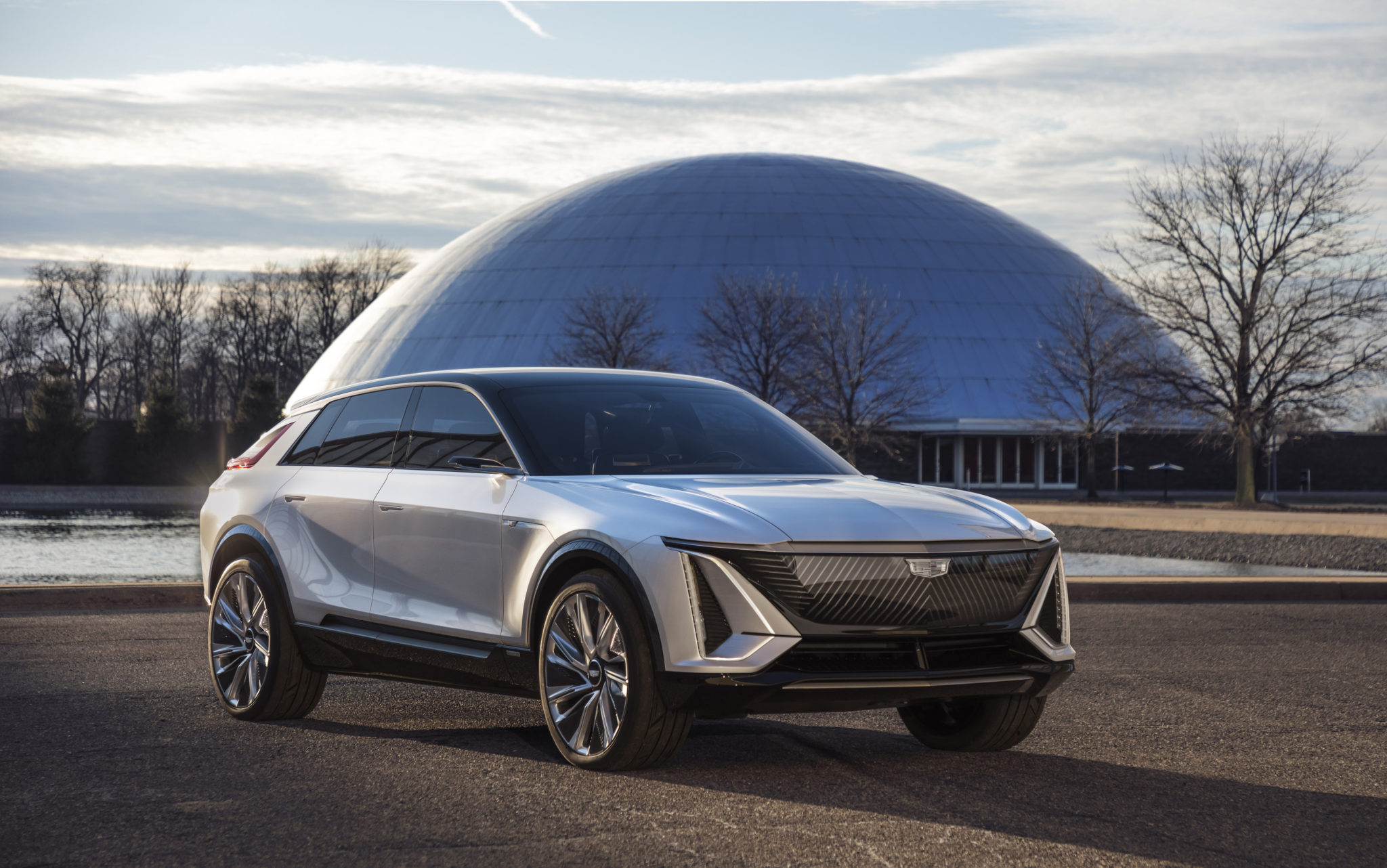 General Motors’ introduction of the Cadillac LYRIQ Show Car, which occurred August 6, 2020, is a glimpse into the future of the corporation’s electric vehicle (EV) efforts for the next decade. The LYRIQ displays a modern, dynamic shape that shows a brief glimpse into the electrified future. We at Napleton.news are looking at the LYRIQ and trying to read between the lines. Our educated prognostication is that this concept is quite a bit closer to production than the “show car” moniker would have you believe. Like a TV weatherman, though, we have a 50:50 chance of being right.

The new Cadillac LYRIQ displays a redefined example of American Luxury. From the new “face” with its wide proportions and illuminating presence that will be the face of the brand’s new Cadillac EVs, it dispenses with a traditional grille in favor of a series of architectural panels that are unconstrained by the need for a traditional radiator. Thanks to the electrification, Cadillac designers were free to push the stylistic envelope, “as only Cadillac can express,” said Andrew Smith, executive director, Global Cadillac Design. “Inside and out, LYRIQ is a thoughtful integration of design and technology and is intended to make every drive an occasion.”

Inside, the LYRIQ is keynoted by a large 33-inch LED high-definition display screen. Featuring over one billion colors, it will display the driver’s instrument panel as well as the in-car entertainment system with cellular, audio, climate and navigation features. It will also include a full readout and display of the state of the electrical system, with battery consumption gauges, a directory of charging points and more.

Power for the new LYRIQ, which is almost 90-percent production-ready, will be delivered by a single rear-mounted electric motor. An all-wheel-drive performance version, presumably with a front-mounted motor-generator, will be offered in the future. The LYRIQ will ride on GM’s BEV3 (Battery Electric Vehicle platform #3), which is designed for unibody-structured vehicles. Think of the next-generation Chevrolet Traverse, for example, as a future recipient.

Power for the Cadillac LYRIQ will come from the new platform’s Ultium propulsion protocol, which operates around a modular system that allows a variety of range and performance options. In this application, GM engineers have tested the vehicle to beyond 300 miles on a full charge during internally-conducted testing. The Ultium battery system offers approximately 100 kilowatt-hours of energy to deliver Cadillac-level performance.

The new batteries are composed of state-of-the-art NCMA (nickel-cobalt-manganese-aluminum) chemistry that has reduced the cobalt content by more than 70-percent, compared to current GM batteries. Simplified wiring and innovative packaging aid in cooling the system and allow for faster charging.

YES, BUT THIS IS A CADILLAC. WHAT ABOUT THE OTHERS?

The Cadillac LYRIQ may be the first vehicle to use the BEV3 platform, but clearly, it won’t be the last. Chevrolet, Buick, and GMC will all have similar platform-based vehicles down the road, using this and other technologies yet to arrive. Think of these as the players to be named later.

Chevrolet already has a jump on the others. The Chevrolet Bolt is a prime example. According to Phil Lienert, of General Motors Advanced Technology Group, “Chevy set the benchmark for affordable, long-range electric vehicles when it introduced the Bolt EV more than two years ago. GM is now in a position to expand our EV expertise across brands, segments, geographies and more,” he said. “As the EV market grows, both in the luxury and non-luxury spaces, the Cadillac LYRIQ is the next logical step towards our all-electric future,” he added.

“As for Chevy, the brand has been an EV pioneer and will continue to be. Stay tuned for more…,” Lienert said cryptically.