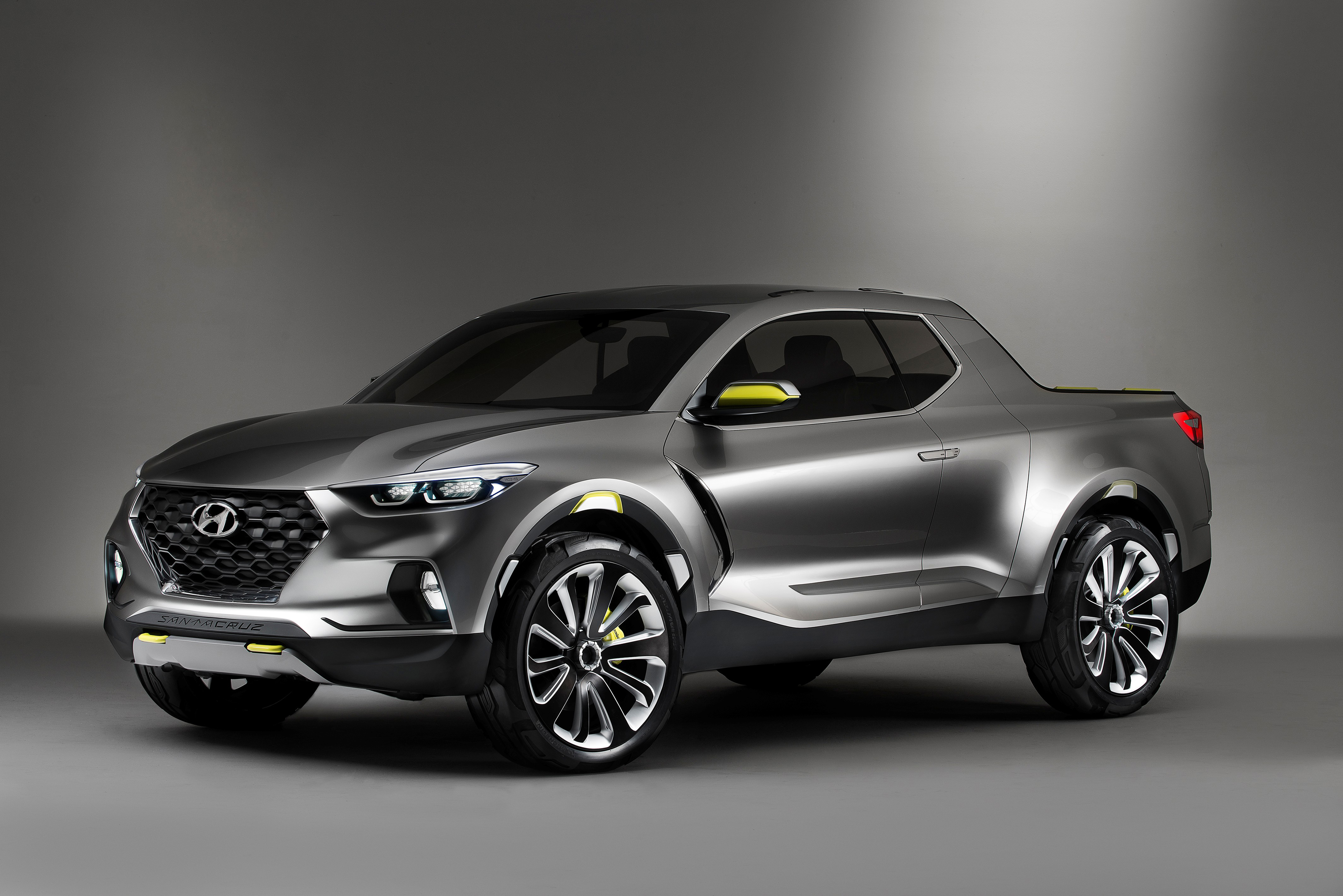 HYUNDAI SANTA CRUZ TO BE BUILT IN MONTGOMERY, ALA

It will take six years to go from concept to reality, but Hyundai Motor Manufacturing Alabama (HMMA) has announced it will build the new Hyundai Santa Cruz Compact Utility Vehicle at its multi-line manufacturing facility in Montgomery, Alabama. First seen as a concept vehicle during the 2015 North American International Auto Show in Detroit, the Santa Cruz will roll off the assembly line starting in 2021.

The company said this new model line would account for an additional 1,200 direct and indirect jobs at the plant between the assembly line and external sources such as part suppliers, logistics, and other people who are crucial to the process.

Confidence in the Santa Cruz team.

The Santa Cruz is a millennial cruiser for those who appreciate the common attributes found in most compact Crossover Utility Vehicles, but need the day-to-day versatility of an open, pick-up style truck bed. According to the company, it’s designed for the “unspoken needs” of a new generation of Millennial buyers.

Citing a “special relationship” between Hyundai and the state of Alabama, Governor Kay Ivey said it was “an opportunity for Alabama families to earn a good living while also strengthening the state’s growing auto industry.”

Designed for “Urban Adventurers,” the new Hyundai Santa Cruz will allow buyers to use the vehicle’s expandable utility in a variety of ways throughout the week. Whether it’s through professional pursuits or social and recreational interests, the Santa Cruz will be able to perform without compromise.

Tighter city parking and increased congestion are hallmarks of urban living. But it’s where people are heading these days. Because of that, Hyundai designers and engineers went to work to design a vehicle that takes advantage of such confinement. Regardless of what task lies ahead, from urban restoration to dropping off recyclables or even heading out to dinner with friends, the Hyundai Santa Cruz is up to the task.

Hyundai designers stepped away from a traditional pickup and instead have chosen to create a bold design that conveys an adventurous lifestyle. With room for five passengers, they can access the second row through rear-hinged doors that blend into the lines of the front doors. The roof and bed rails include tie-down cleats to secure cargo of all shapes and sizes. The bed of the Santa Cruz is reconfigurable with an expandable bed that can be used to carry longer goods by use of a drawer-like sliding function.

At the time of its introduction, power for the Santa Cruz concept came from a 2.0-liter turbo diesel powertrain that delivers 190 horsepower and 300 lb-ft of torque, with expected fuel economy in the high 30 mpg range. It can also be equipped with Hyundai’s HTRAC All-Wheel-Drive (AWD)

We realize the Hyundai Santa Cruz is still approximately a year and a half away, so obviously details are not final. For that reason, check back at Napleton.news and any number of Ed Napleton Hyundai dealerships.

Good things will most definitely come to those who wait. Seriously.