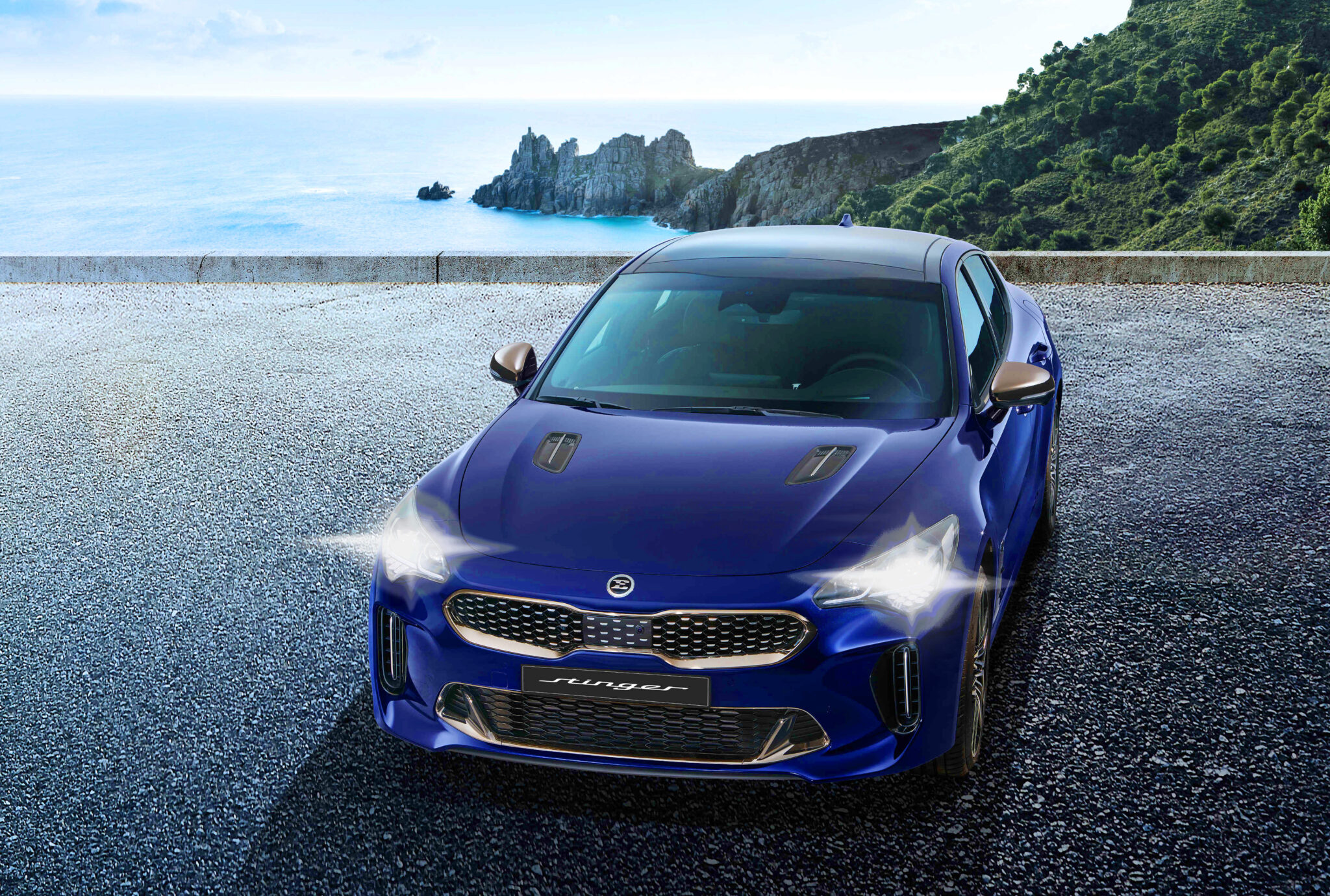 When it debuts sometime in 2021, the new 2022 Kia Stinger will likely kick sand in the face of all other comers. That’s because it will be receiving some go-go juice in the form of a 2.5-liter turbocharged four-cylinder engine. According to Kia Global, the 2.0-liter turbocharged four-cylinder will remain in the lineup as the entry-level power for the base model. The 2.5L joins the 2.0L the top-shelf 3.3-liter twin-turbocharged model for a total of three available mills.

The South Korean automaker is already known for the Kia K5, Forte, Sorento, the standout Kia Soul and just a few dancing hamsters. They know the competition is tough and moved ahead with more horsepower and torque for their standout hot-rod sedan.

It hasn’t been released yet, but we at Napleton.news are eager to get some seat time in it as soon as it hits the street. Prices and trim levels have not been released at this time, but consider the Stinger with the 2.5-liter Turbo to be the “bridge model” between the other two.

The new 2.5-liter turbocharged four-cylinder will make 300 horsepower and 311 lb-ft of torque for a potent mid-level punch that will put a smile on any enthusiast driver’s face. That’s 48 more ponies and 51 more torques than the base 2.0-liter has, and happens to match the base engine found in the Stinger’s cousin, the Genesis G80. The engine will find its way in many different vehicles within the Hyundai Group portfolio of vehicles.

The “Big Daddy” 3.3-liter twin-turbocharged V6 benefits from 3 extra ponies as well for the coming year thanks to a freer-breathing exhaust system in the newer model. The benefit is a nice performance gurgle from the Stinger GT’s tailpipe.

In addition to more power in 2022, next year’s Kia Stinger ain’t no slouch, either! It’s going more upscale with many more interior improvements. These include tweaks to the interior, new driver assists, new touchscreen display screens, and other features. That includes remote start functionality and more.

As we have learned from news reports coming from Kia Headquarters in South Korea, there’s a lot of venom in those new Kia Stingers. Keep an eye on Napleton.News for more information as it becomes available!