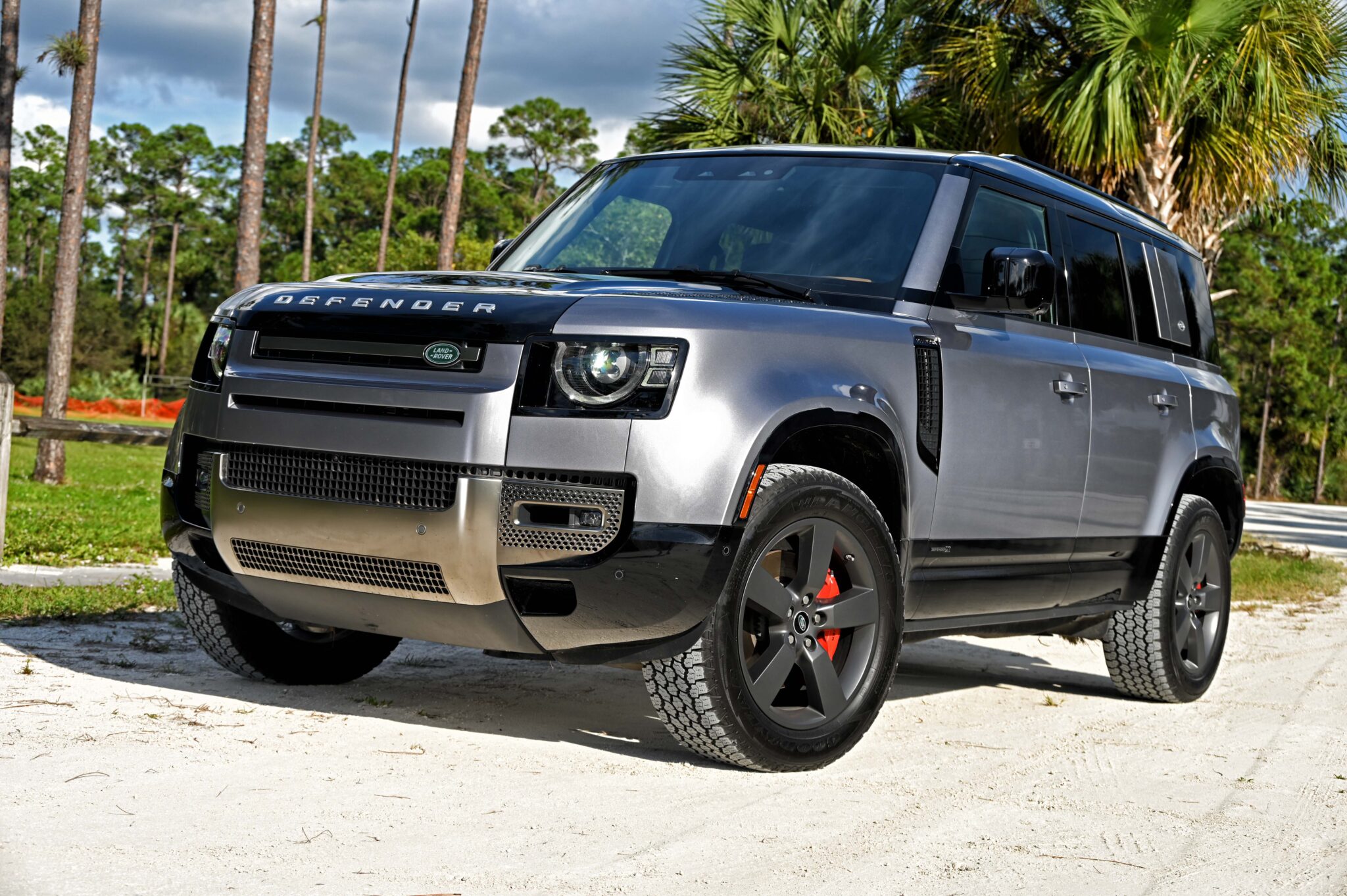 Does the new Land Rover Defender live up to its name?

The last time Napleton.news saw a Land Rover Defender was when we drove the Range Rover Discovery through Iceland. The Discovery was the vehicle that had our attention at that moment, but a Land Rover Defender 110 owned by Land Rover UK was on hand as our “rescue vehicle” just in case. And what a rescue vehicle it was. Sitting about 20 inches off the ground, it featured studded tires, an array of roof-mounted fog lamps to light up Soldier Field, and enough spare parts to build another complete vehicle. It was large and in-charge.

The Defender 110 was discontinued in 2015 owing to new pedestrian crash and safety standards that would have required a wholesale redesign of the vehicle to accommodate the addition of airbags to the vehicle. A total redesign was exactly what happened.

The new Land Rover Defender is the result.

What is the new Land Rover Defender?

Regarding the elephant in the room, the new Land Rover Defender is nothing like the model it replaces. Instead, it is a stylized and fully capable on- and off-road vehicle that can carry the brand way into the future. But would we buy it? Let’s discuss.

Featuring a modern look on a legendary adventure vehicle, the new Land Rover Defender has taken the old and basically flipped it on its head. It is powered by a turbocharged 4-cylinder (P300) producing 296 horsepower and 295 lb-ft of torque, or a turbocharged and electric-supercharged inline six-cylinder mild-hybrid engine that makes 395 horsepower and 406 lb-ft of torque. Both are paired to an 8-speed automatic transmission. When equipped with the six-cylinder engine, the maximum towing capability is 8,201 pounds.

While US-bound models will only feature gasoline engines, markets in other parts of the world will offer diesel powertrains. With the P300, 0-to-60 mph is achieved in 7.7 seconds. Toss in the P400 MHEV 6-cylinder and that time drops to a spritely 5.8 seconds.

The Land Rover Defender has virtually no commonality with the model it replaces. Instead of a body on frame structure, the new Defender rides on a unibody chassis; an independent suspension takes the place of the once-ubiquitous fixed-axle configuration. The result is a vehicle that can be docile during work days but really responsive on the weekends.

All 2020 models include an air suspension arrangement as standard, which works in sync with the Land Rover Terrain Response Program, with Normal, Wade, Rock Crawl, Mud and Ruts, Grass-Gravel-Snow or Sand modes. It now adapts easier than before by altering the differential behavior, throttle response, traction control and ride-height settings. As a result, a ride on rough roads was nothing more than a roll over a “sleeping policeman.”

It’s a tough contender, this Defender. Managing to bust a trail, wade through a stream, climb impossibly steep hills and more, it’s clear that if it can do all of these things, it can sure handle a drive through a city, any city, as well.

How does the Land Rover Defender look?

Like something you would find with a supermodel behind the wheel on the streets of Beverly Hills rather than through the trails of Namibia, where Land Rover previewed the vehicle to automotive writers from around the world. It’s probably every bit as tough as the old boxy Defender, just not tough looking.

This is unfortunate because the Defender 110 from years gone by has developed quite a following. Sure, they will sell many of these vehicles, but the buyers will likely be “Masters of the Universe” or venture capitalist types rather than those who would routinely use these Land Rovers to the best of their abilities.

Multiple outside cues are here, from the rear taillights to the Alpine windows, side-hinge rear door and more. A word of warning: the “Diamond-plate” trim on the hood is decorative only! They should have “No Step” stenciled on them so you will find the resolve to avoid standing on them. Had this been the previous Defender, no such warning would be necessary.

Further down the hood, keen observers will notice sinister-looking headlamps flanking a rather slender set of grille openings on its leading-edge. At the very bottom is a stylized skidplate look to protect the jiggly parts underneath. It continues around the sides and to the rear, offering underbody protection all the way around.

The new Land Rover Defender is purposefully designed to be rough and tumble, ready for nearly everything. This new Defender ticks all those boxes and then some. Though not as swanky as its Range Rover cousin, this Defender offers utility from every corner. It’s not as wide as the original design that dates back to 1948, but it still offers plenty of side-to-side room and storage, with cubby holes throughout.

We found the touchscreen to be large and much more satisfying than what we have endured lately with other JLR products. It just seems to work better. We enjoyed the ClearSight digital rearview mirror with its bird’s eye view camera that shows what’s above and beneath the Defender. It is a welcomed addition to all the other safety and driver-assist features on the new Land Rover.

Behind the wheel of the Defender

You can’t help but feel the commanding feel from the cabin of the new Defender. In addition to knowing its way around the urban jungle, it also knows its way around a dirt road or off-road trail. The air suspension can lift the chassis at all four corners for a bit of rock-climbing when necessary or even when you want to. On the other hand, if you need to ford a stream, you can do so, provided it does not exceed a depth of 34.5 inches.

With the new Defender’s air suspension standard throughout the line, the ride presented itself comfortably when it needed to be, but simultaneously, in its full element when responsive behavior was called for. Working together with Land Rover’s Terrain Response program, it is now more customizable than ever before and easily adapted to the situation at hand. Depending on the terrain we ran on, it modulated throttle and steering response and even adjusted the traction control and ride height settings.

In short, the new Land Rover Defender can tackle the world as it finds it. It can run around, over, and even through every bit of snow, sand, rock, mud, or water that can be thrown its way.

We just wished it looked tougher doing so.