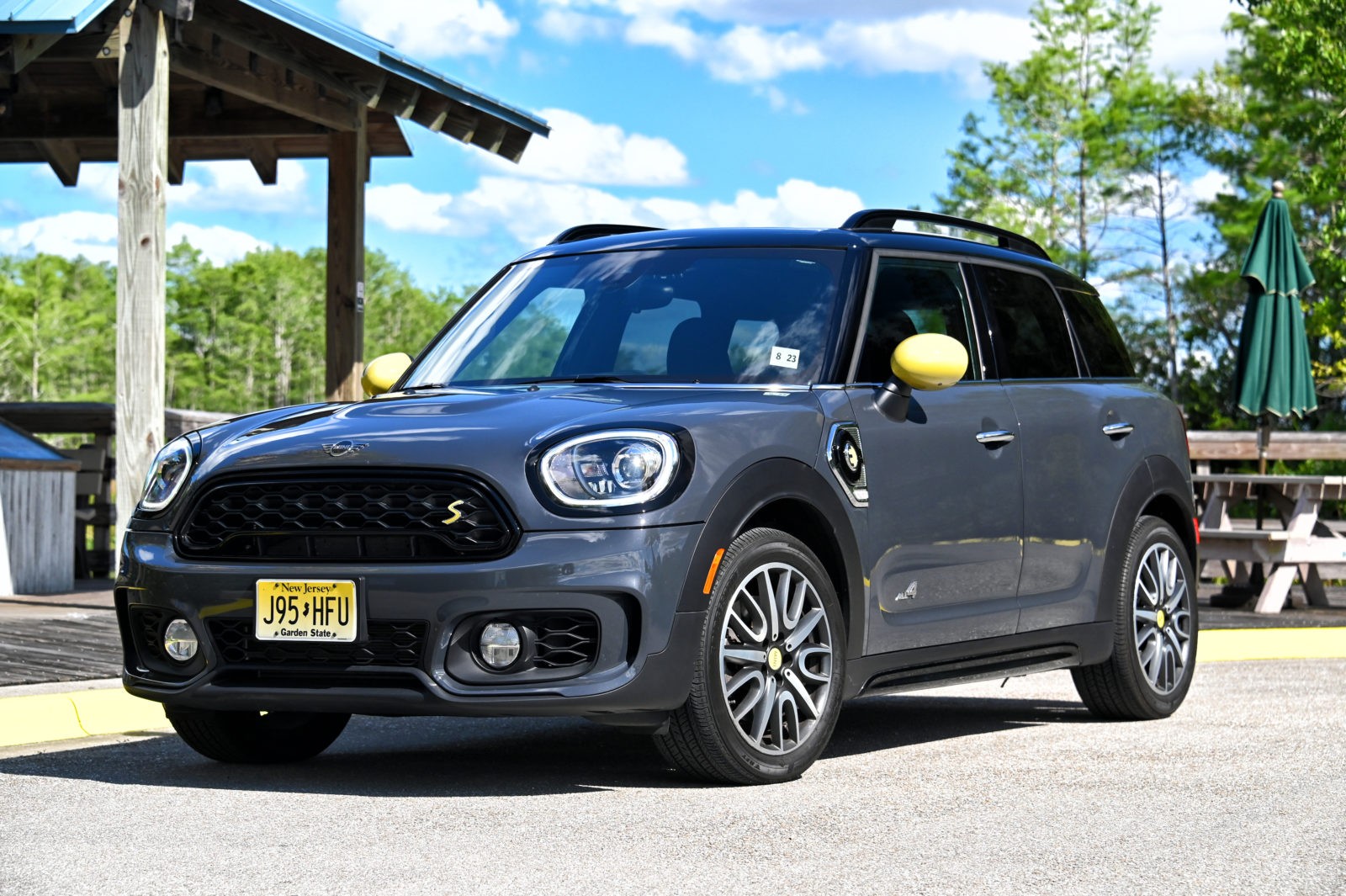 It was never this big. The MINI lineup started out as a single MINI model, able to transport a family of four around the English- and later, the worldwide countryside. Legendarily tiny world cars, MINI as the brand was known, were part of the British Motor Corporation and its successors, including the Rover Group. Cooper became part of the name as the result of a partnership with racer John Cooper, who gained a repute as a tuner modifying Mini Cooper race cars that went on to fame and fortune in rallies around the world.

BMW Group bought Rover in 1994 and breaking it up in 2000, retained the MINI brand name.

Since 2001, BMW Group has manufactured MINI vehicles ranging from the MINI Hardtop, Hatch and Convertible, Clubman, Coupe, Roadster, and Paceman. The Countryman was originally supplied with a gasoline-powered engine, but was recently joined by a MINI Cooper SE Countryman ALL4 PHEV that we tried out recently.

The largest, heaviest MINI yet, the MINI Cooper Countryman ALL4 PHEV is the latest in the expanding MINI family, and yes, it too has expanded. There’s no mistaking it for anything else on the road. But how could you?

The MINI Cooper Countryman ALL4 PHEV uses a combination of 1.5-liter MINI TwinPower turbocharged 3-cylinder engine with 134 horsepower and 162 lb-ft of torque.

With its batteries fully charged and topped off, the Countryman PHEV has a range of approximately 12 miles. That’s if you treat it gently.

Ten miles on full electric is a more likely scenario, and that’s if you apply a very light touch to the accelerator. MINI says to expect 270 miles of range from the gas-electric combination, and just over 200 miles with the 1.5-liter gas three-cylinder engine alone.

But regardless of the gas-electric shortcomings, it is still a peppy monster when it comes to speed. Mated to a six-speed automatic transmission, its power is supplied by the ALL4 system to all four wheels as needed.

The system starts out with a 50:50 bias sending power to all four (ALL4) wheels, and slowly decreasing back to 70:30. If the on-board Electronic Control Unit (ECU) senses slippage, it can send up to 100-percent of the power to the rear wheels. In addition to the ALL4 system, there are a variety of power modes that can tailor your drive according to the situation at hand.

The interior of the MINI is everything you would expect from this iconic brand.

Starting with the large, leather-wrapped steering wheel with redundant controls all over it to the aircraft-inspired ignition flip lever to the large circular screen mounted atop the center console, a viewer will not mistake this MINI for anything other than one of the most iconic vehicles on the road today.

Our sampler was equipped with the PHEV Sport Edition package which included power folding mirrors,

a swept foot power tailgate, roof rails and panoramic moonroof that visually opens up the interior for a larger sense of airiness inside.

Also included but not so needed down here in Florida, heated front seats, a MINI Excitement Package, automatic climate control and a Harman-Kardon premium audio system.

The large circular fixture in the center console is also home to the Touchscreen Navigation Package. In addition to the Navigation screen, it also houses Apple CarPlay and Qi wireless charging for specific late-model smartphones.

The pair of sport bolstered seats in the front row offered great support especially when throwing the Countryman into a turn. It also managed to keep all three passengers in the rear seat, too. But if you have a need to transport personal items throw the passengers to the curb: Behind the rear seat you can store up to 17.6-cubic feet. Fold that bench forward and the number grows to 47.6 cubic feet of total storage space.

Behind the wheel of the MINI Cooper SE Countryman ALL4 PHEV, there’s a lot to love. And a few things we don’t. This is a totally toss-able vehicle that handles pretty much as you have experienced in other MINI vehicles.

That is, it asks to be driven aggressively which in turn, has it flinging itself around turns, changing directions and more. The only time it comes up short is when you try to wheel it using electric power. During electric operations, you will receive approximately 65 MPGe (Miles-Per-Gallon equivalent). Once the battery has been depleted, come back to the real world and its 27 mpg fuel economy rating. If you go into to your ALL4 PHEV ownership that way, you will thoroughly enjoy the experience. If you are hoping for Prius or Tesla mileage, we would advise you to keep looking.

Still, mileage ratings aside, it’s a vehicle that will put a smile on your face from the time you walk up to it until the time you step away. As the MINI marketing team would always say, let’s motor!