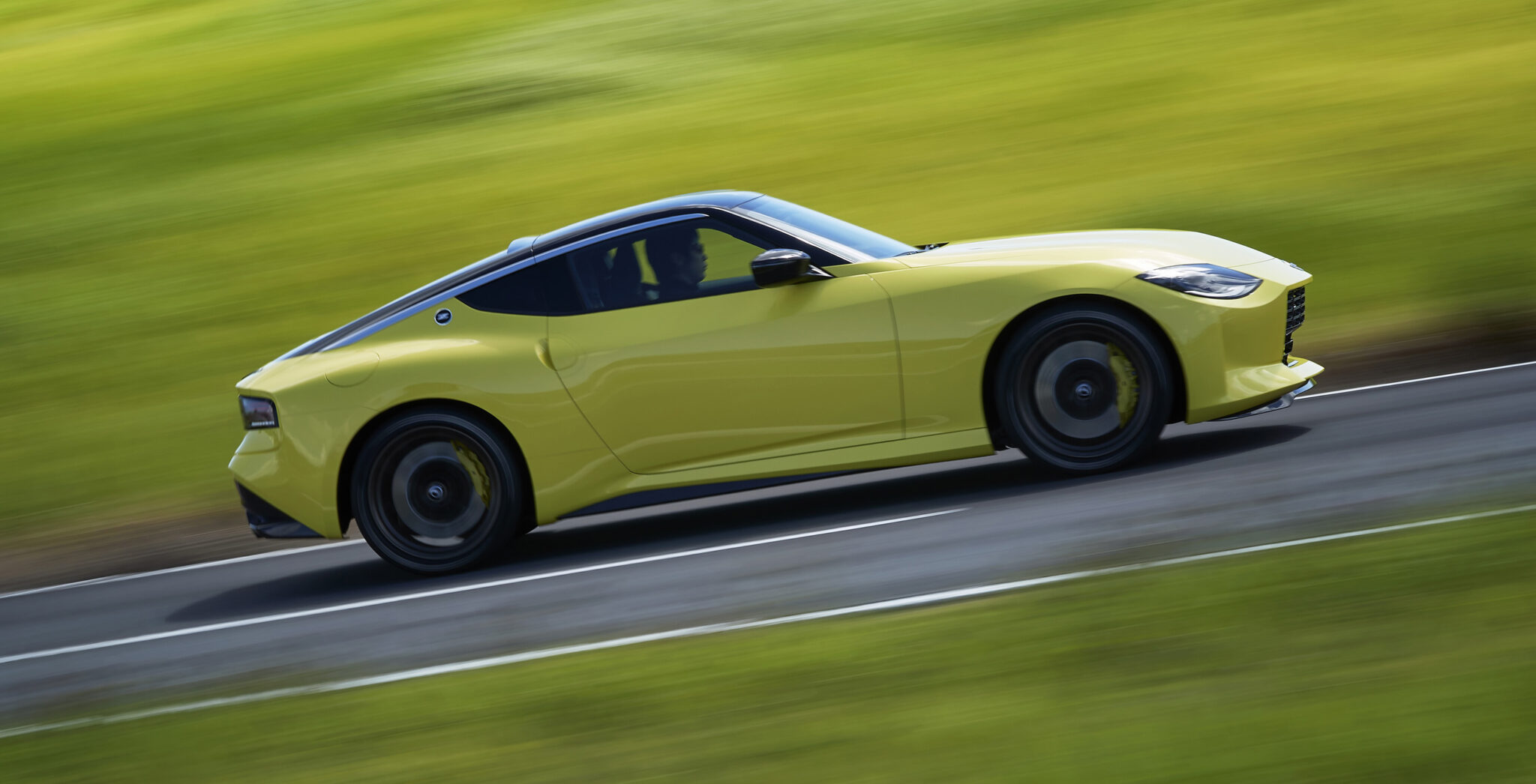 The Nissan Z Proto was introduced this week to huge fanfare. What is the Z Proto, you ask? It’s only a prototype of one of the most eagerly-anticipated sports cars in history, the legendary Nissan Z Sports Car. The staff at Napleton.news is eagerly awaiting it as well, having had a long-lasting relationship with what some have called the ultimate two-seater.

The event was livestreamed around the world from the Nissan Pavillion in Yokohama, Japan. There, the company presented a detailed roadmap for the direction the new Nissan Z will head as it goes from drawing to prototype to production model.

Here in the United States, the event was shown to hundreds of Z-car owners and enthusiasts near the Nissan Headquarters in Franklin, TN, just south of Nashville. Big-screen displays allowed for proper social distancing, which was part of a weeklong agenda of activities during the 33rd annual International Z Convention (ZCon).

First alluded to in a Nissan teaser video, the Nissan Z Proto acknowledges 50 years of Z heritage. Though it pays respect to the past, it’s a thoroughly modern sports car.

“The Z represents the joy of driving in its purest form and has helped shape Nissan’s DNA as a passionate, innovative challenger,” said Nissan CEO Makoto Uchida. “Ever since the first generation, it has captured the hearts of car enthusiasts all over the world. That’s why we’re so excited today to be able to say to them: Yes, the next one is coming!”

The Z Proto is one of 10 new vehicles the company will introduce over a 20 month period. Others already introduced include the new Sentra, Rogue and the new innovative EV, the Nissan Ariya.

The new Nissan Z Proto features an attractive exterior design that pays homage to the original Nissan Z of 50 years ago. Did you know the Nissan Z was known as the Nissan “Fairlady Z” in its home country?

“Our designers made countless studies and sketches as we researched each generation and what made them a success,” said Alfonso Albaisa, head of Nissan Design. “Ultimately, we decided the Z Proto should travel between the decades, including the future,” he said.

According to Nissan designers, the shape of the hood and canted, teardrop-shaped LED headlights are reminiscent of those found on the original Z car. The most visible similarity to the original is when viewing it in profile. The new Z Proto includes a roofline, which flows from the nose to tail, creating a distinctive first-generation-like Z profile whose rear edge was slightly lower than the front fender. It’s how the Z-car gets its unique posture.

Always an exhilarating performer, the goal of the original Z-car was to bring the thrill of sports car ownership to as many people as possible. Through its strong, dynamic ride, the designer intended to make the driver feel at home with the car.

Each successive version of the Nissan Z has arrived with an engine more powerful than the previous generation. This will be no exception, and should feature an enhanced twin-turbocharged V6 engine mated to a six-speed manual gearbox. Refinement is underway and will synchronize the power with the Z-car’s grace and agility.

Please continue to check back with Napleton.news for the latest up-to-the-minute news on this exciting development!