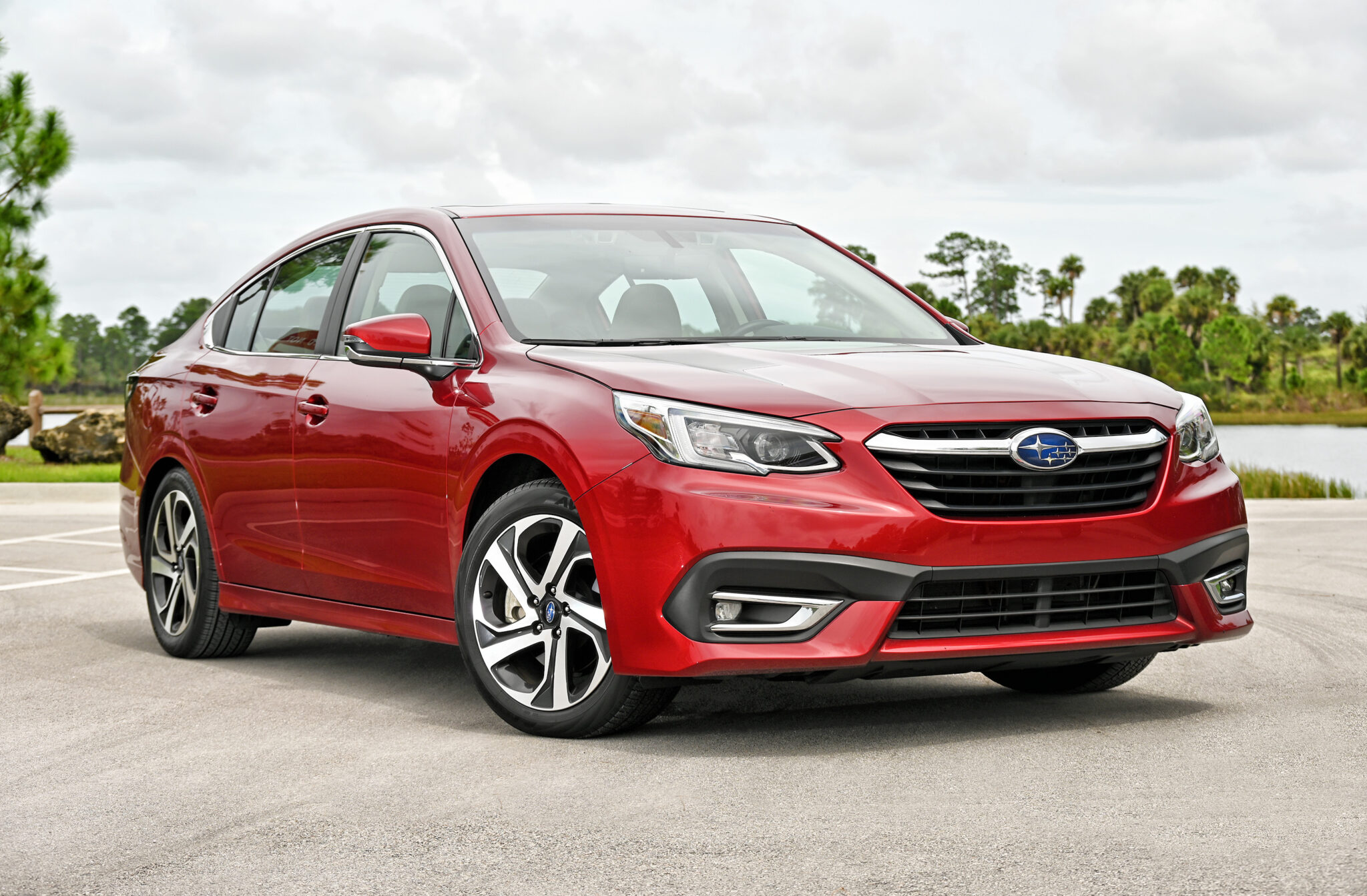 All-Wheel-Drive is not an option. In fact, it’s standard on the new Subaru Legacy XT AWD. The all-new Legacy ups its game and, in the process, is ready to compete with several other near-luxury sedans in the Subaru fleet. Napleton.news had a chance to get behind the wheels of the company’s latest and it’s a car we thought you’d like to know about.

Think of the new Subaru Legacy XT AWD as the sedan version of the all-new Outback. The five-passenger, four-door ride features new contemporary styling with many great added touches that move it into the latest generation of passenger automobiles. It rides on the all-new Subaru Global Platform that is now stiffer than before, for a more responsive handling experience than found in previous Legacy models.

A mid-sized sedan, the Subaru Legacy XT is designed to compete with segment mainstays like the Toyota Camry, Nissan Altima, the recently discontinued Ford Fusion, Honda Accord and even the Chevrolet Malibu. That sounds like a total hodge-podge, but it’s actually a lineup of “The Last of the Mohicans,” instead, as manufacturers turn their sights on the tidier profits that SUVs bring.

HOW DOES IT MOVE?

Power for the Subaru Legacy comes from a new 2.4-liter turbocharged Boxer engine that produces 260 horsepower and 277 lb-ft of torque. EPA fuel economy taps out at 24 city/32 highway for 27 mpg average. If all that horsepower is unnecessary, a buyer can opt for the 2.5-liter flat four-cylinder boxer with 182 horsepower and 176 lb-ft of torque. Regardless of which engine is selected, they are both mated to a continuously variable transmission (CVT) with standard paddle shift levers for the 8-step sequential-shift manual mode.

Regardless of which engine combination you choose, your Subaru Legacy will be complete with the confidence of Subaru Symmetrical All-Wheel-Drive. It’s just the thing for driving in wet or other potentially hazardous driving conditions.

Although it’s built on a totally new platform and features more improvements inside and out than ever before, let’s call this new look evolutionary rather than revolutionary. Still, the new Subaru Legacy XT AWD is improved over the model it replaces. The new grille is more tapered overall than the previous version, with new, more stylized LED headlamps.

It may not be as stylish as some of its competition, but it retains its classic good looks and sophistication. For this reason, we’d call it a modern-day classic. And just as an aside, classics usually have a longer shelf life than some newer “en vogue” type of vehicle.

The interior of the 2020 Subaru Legacy XT AWD includes the latest in intelligent design. There’s new high-grade material and a new modern approach to dashboard design. It’s clear as soon as you step inside. Start with the new infotainment touchscreen display. Subaru loads the base models with dual seven-inch touch screens. But since our Legacy was the premium XT trim level, it featured a larger vertical-style tablet measuring 11.6-inches overall.

The Subaru Starlink touchscreen display is home base for almost every operation occurring within the cabin. From Apple CarPlay to Android Auto, they are here. There’s also Sirius XM satellite radio and an LTE high-speed WiFi hotspot to connect with the outside world. Subaru’s EyeSight Assist Monitor is standard throughout the lineup and offers a head-up display on the windshield for EyeSight warnings. DriverFocus is also on board, which is Subaru’s driver Distraction Mitigation System. This spooky little system somehow takes a look at your face and if it thinks your eyes and your face aren’t scanning around enough, it will ask you to take a break. Yes, Big Brother is definitely watching. One thing in need of an immediate fix involves the auto stop/start feature on the Legacy. Buried a few layers down in the menu, it requires you to delve deeply to find this rather intrusive feature.

BEHIND THE WHEEL OF THE LEGACY

It’s new, new, new. But does that make a difference? In the case of the new Subaru Legacy XT AWD, we’d say yes. Thanks to new laminated glass, better sound absorption material, and a stiffer unibody platform, we find this Legacy a better driver than any others we have experienced in the past.

The 2.4-liter turbocharged Boxer engine offers plenty of “GO” for nearly every situation. With 260 horsepower and 277 lb-ft of torque on tap, there’s plenty to power you through almost every situation. The CVT transmission is a smooth shifter, offering nothing more than a slight droning sound as you pick up the revs under heavy acceleration. But the truth is, the best ride doesn’t begin until you decide to “flip through the gears,” with the steering wheel-mounted paddle shift levers.

Sure, it may be a touch artificial (especially since there are no actual gears to change), but the system is calibrated to approximate the feel of a gearbox that is actually banging through the cogs. This, coupled with the added grip of the Symmetrical all-wheel-drive system, make the new Subaru Legacy XT AWD a perfect sedan for every situation.