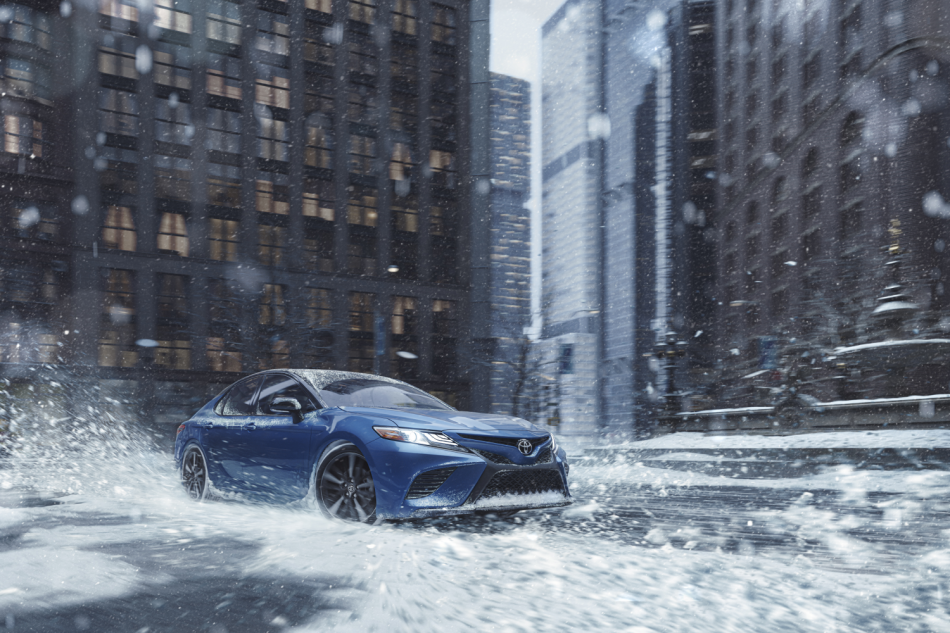 In case you haven’t looked outside lately, there is a coast-to-coast cold front sweeping through the United States. It feels like Mother Nature set her hairdryer to “frigid mode” and started blasting that thing with no intention of ever stopping. The winter weather has left most of the country with poor driving conditions due to the absurd amount of ice on the roads, and all we can hope for is an act of mercy from Mother Earth.

At times like these, it sure is beneficial to have a vehicle capable of handling the snowy roads that lie ahead. To those people who want to have such a vehicle but aren’t interested in an SUV, let me politely introduce you to the new All-Wheel Drive Toyota Camry and Avalon models designed to help drivers get better traction for winter driving.

Some of the highlights of the new models include the following:

This is the first time since 1991 that Toyota has produced a Camry (arguably the most popular model in the automaker’s lineup) with AWD capabilities. This is the first time that the Avalon is getting the AWD treatment. The Toyota-developed Dynamic Torque Control AWD system will be available as a standalone option for the Camry LE, XLE, SE and XSE grades and on Avalon XLE and Limited grades, according to a press release from Toyota.

So how does it work? The sophisticated AWD system used in the new Camry and Avalon is able to detect any slippage of the front wheels and respond by directing up to 50 percent of the engine’s torque to the rear wheels in order to regain traction.

While having these options is great for winter driving, it can be a drain on the fuel efficiency of the Camry and Avalon, respectively. That’s why the AWD system includes sensors that detect when AWD capabilities are not necessary, like in favorable driving weather or long stretches of interstate. However, is a sudden patch of ice presents itself, AWD is designed to re-engage in an instant, according to the press release.

For more information on Toyota and all things related to the automotive industry, keep checking in with Napleton News.