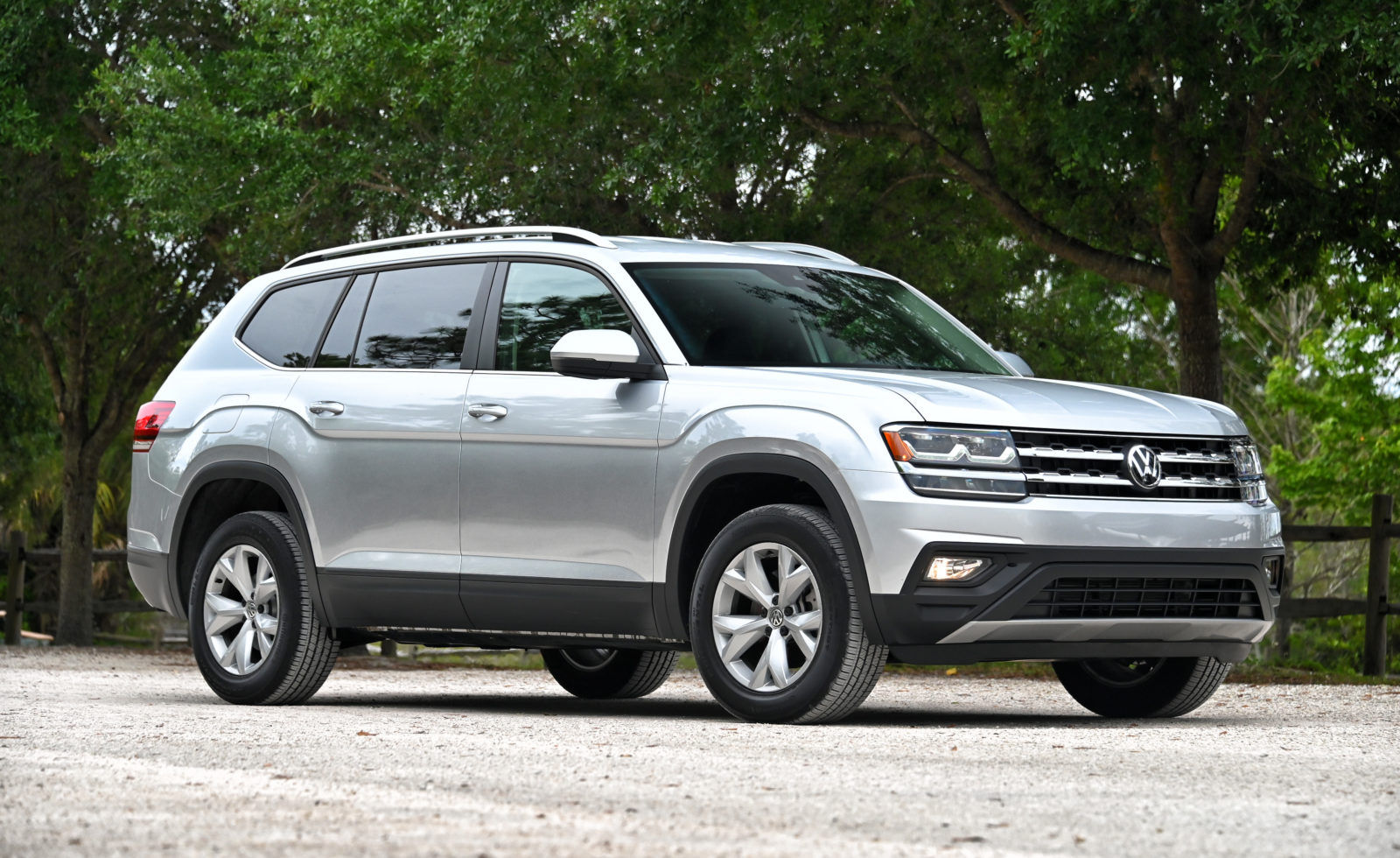 Driving in a Volkswagen never felt like this. We have been used to VWs ranging from the Beetle to the Golf, Passat and more so we sort of knew what to expect. Sort of. Instead, what we got was the biggest Volkswagen ever delivered to the US market. Hop in as we check out the new behemoth of the brand, the Volkswagen Atlas V6 SE with Technology. 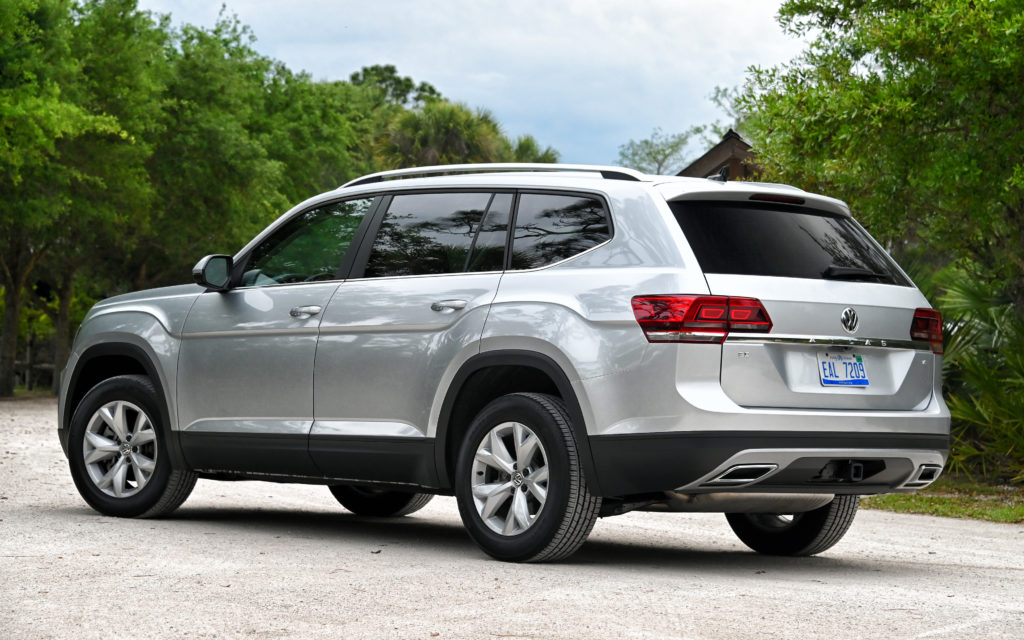 Designed and constructed specifically for the American Market in Chattanooga, Tennessee, the new Volkswagen Atlas is built on VW’s Modular Transverse Matrix (MQB) architecture which is seen through the company’s lineup. In this case it is the basis for the brand’s new seven passenger SUV. Featuring tons of flexibility and a substantial, though somewhat modest amount of cargo capacity, not to mention up to 5,000 pounds of towing capacity, it’s clear that Volkswagen is attempting to wrestle away some customers from the other main players in the segment.

There’s a lot of segment disruption going on here. In an effort to expand its reach to a wider variety of buyers, VW offers the Atlas in seven trim levels ranging from S, SE, SE w/Technology, SE w/Technology R-Line, SEL, SEL R-Line and SEL Premium.

From a styling standpoint, the Atlas doesn’t really break any new ground. Instead, it relies on the tried and familiar two-box design that is not too far off from the existing Jeep Grand Cherokee SUV. 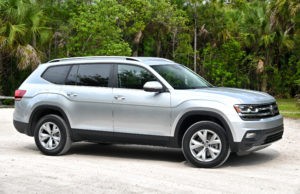 Anything but a mom-mobile, it still manages to do a lot and do it well. Our tester was finished in “Reflex Silver Metallic” with an added expanse of black cladding that makes the side appear taller than it actually is. 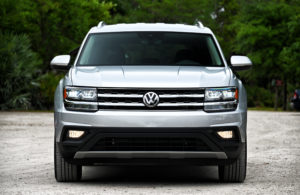 LED lighting and a wide two-bar grille with VW logo in the middle, start the display and even wind under the bumper to the LED foglamps. From the front wings, a character line runs down the length of the vehicle leading to the LED taillights which give a distinctive impression either while applying the binders or after dark.

At the rear, the Atlas name is boldly spelled out in chrome along the trailing trim strip of the rear hatch which is equipped with a power liftgate. Ordering the SEL version upgrades it to the hands-free option instead. Under the liftgate are a pair of exhaust finishers which protrude through the bumper rather than from underneath, thereby assisting in the vehicle’s approach and departure angles. Interestingly, the only badging other than the logo on the grille is a singular logo on the rear deck and SE V6 designators. 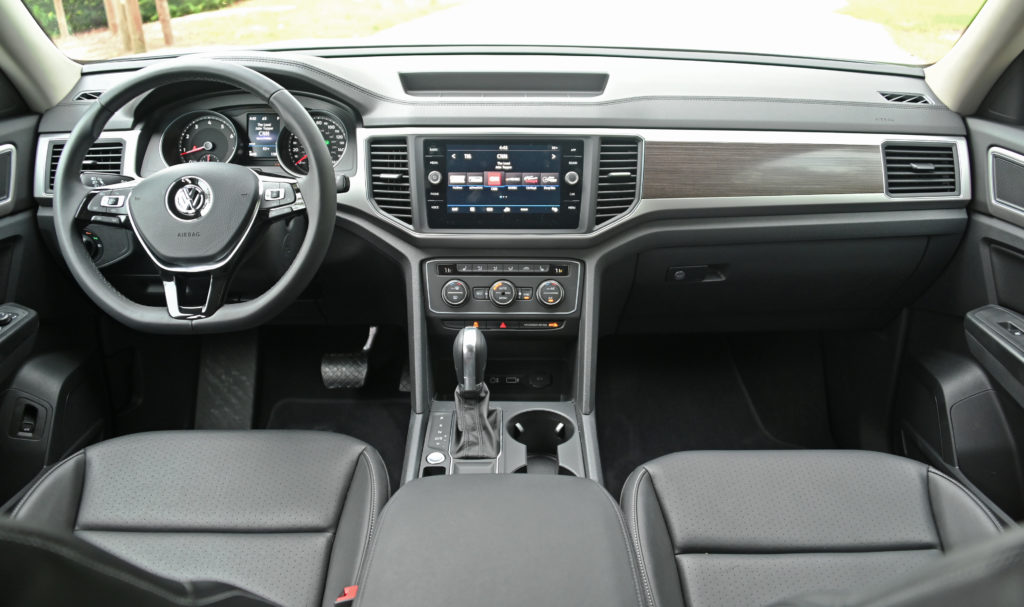 Definitely family worthy inside, the new Atlas includes technology ranging from safety assists like Front Assist, Blind Spot Monitor and Rear Traffic Alert. Our sampler included the VW MIB II 8-speaker audio system with JPEG viewer and the ability to connect with Apple CarPlay and Android Auto. An available Panoramic Sunroof with Homelink and twenty-inch wheels are the only two options listed for the SE w/Technology trim level.

With the ability to carry up to seven passengers in three rows, the Atlas must be inviting. And it is. With the standard second-row bench seating being able to slide forward and back up to 7.7 inches. Innovative in its own right, the middle row seat can be tilted forward, even with child seats in place. 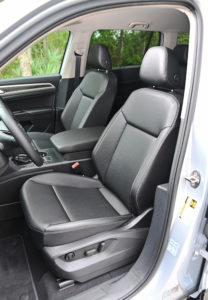 Everything else about the inside of Atlas is near luxury in almost every other way, with good ergonomics and features. The one place it seems to fall short is in the seating surfaces. Normally upholstered in V-Tex leatherette seating, our Atlas received a no-charge upgrade to Titan Black Leatherette.

A nicely executed piece of covering, we only wish it was constructed of real cow, rather than from the by-products of refined fossil fuel. 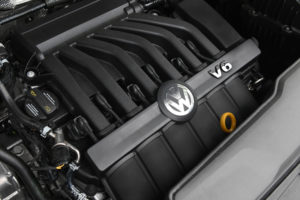 The Volkswagen Atlas is one of those new breed of SUVs that tries to do more with less. In this case, that includes a 2.0-liter turbocharged four-cylinder that makes 235 horsepower. Our tester took the uprated 3.6-liter 276 horsepower / 266 lb-ft of torque V6 with an eight-speed automatic transmission in a front-wheel-drive configuration. All-wheel-drive is available, but only with the V6 powertrain.

The V6 is strong. Strong enough to tow up to 5,000 pounds, when equipped with the factory-installed trailer towing system. Other towing options, such as dealer or port-installed options are out there, but their capacity is not nearly as high.

We were impressed with the power from the V6, and its ability to get on the highway, but it does have a tendency to let you know it is working as hard as ever to achieve your goal. That might be due to the gearing of the automatic transmission, which tended to hunt just a little bit more than we were used to. Perhaps an update to the software is in order? We’re not engineers, but that seems to be the way everything is fixed these days: With a software update. 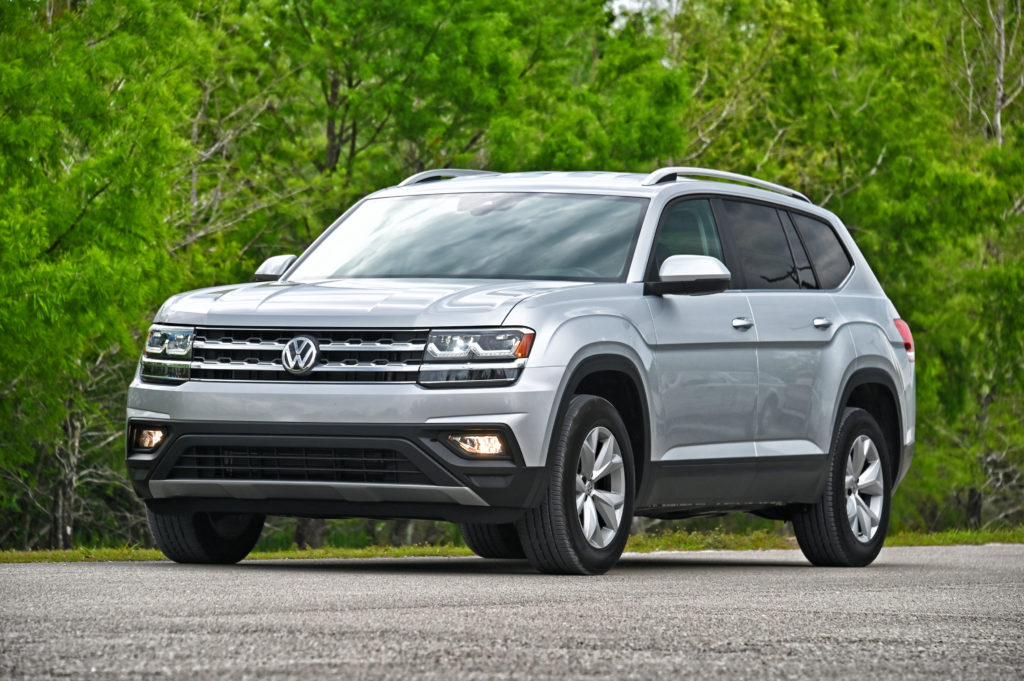 There are a few shortcomings with the Atlas, but the fact that the rest of the vehicle does many other things so well, causes us to occasionally look the other way. We think the new Volkswagen Atlas is large and in-charge, able to carry a family of seven, and all of their things to wherever their destination will take them.