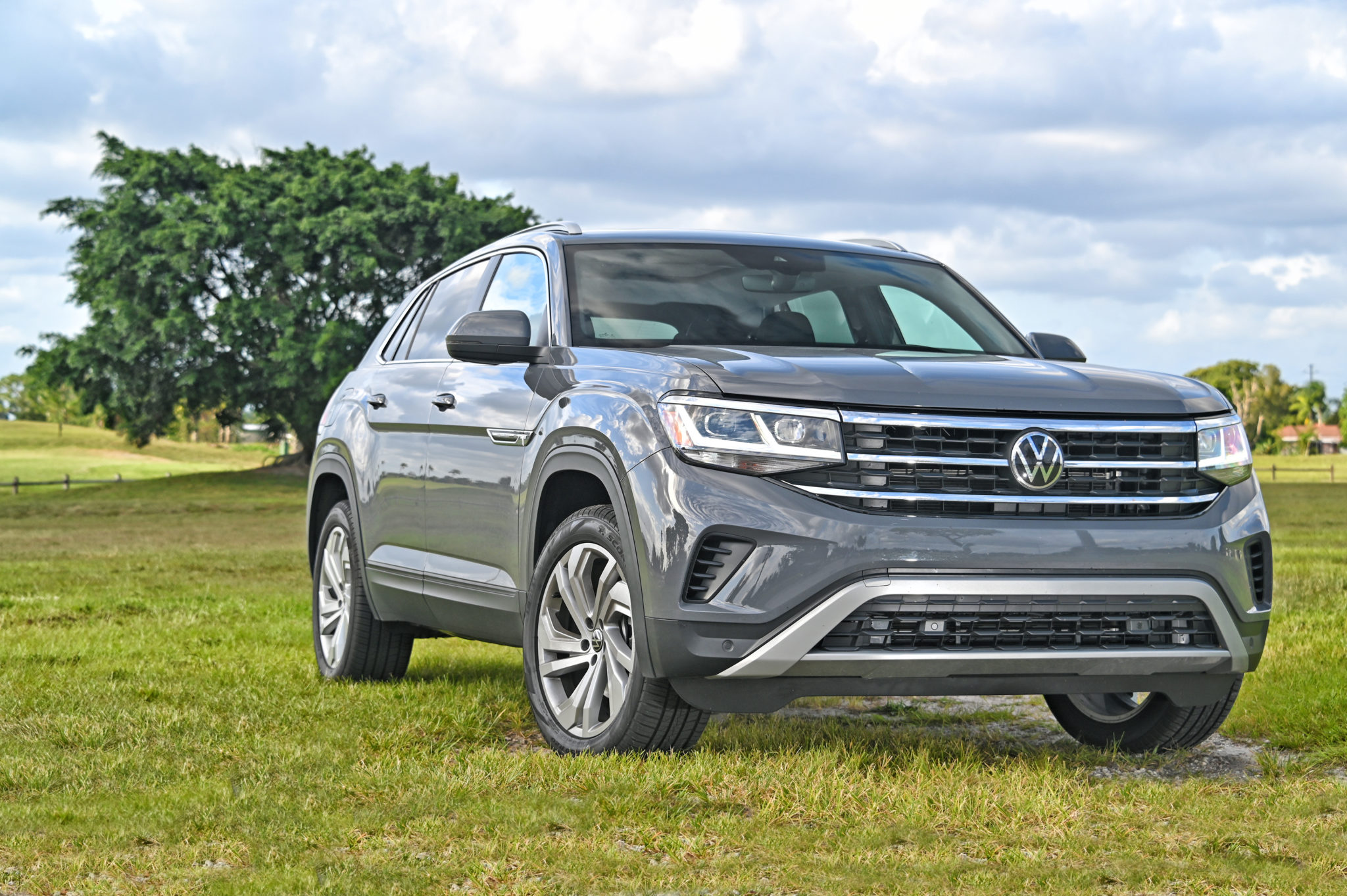 But it’s not just about the extra space inside. Napleton.news got the chance to put it through its paces recently. Here’s what we thought.

WHAT IS A VW ATLAS CROSS SPORT SUV?

If the Atlas is a conservative SUV design, consider the Atlas Cross Sport as its more stylish younger brother. A four-door + hatchback SUV with real room for five passengers, it features a slightly smaller overall length but utilizes the same wheelbase as the larger three-row Atlas. That’s a good thing because maintaining the same wheelbase but cutting out the third-row allows the Cross Sport second-row passengers more usable legroom. Combined with a cavernous cargo area, that makes the Cross Sport the perfect road tripper.

The Volkswagen Atlas Cross Sport is available with a buyer’s choice of two engines, and front- or all-wheel-drive. The first of the engines is V-Dub’s award-winning 2.0-liter turbocharged four-cylinder engine that makes 235 horsepower and 258 lb-ft of torque. It is backed up by VW’s 3.6-liter V6 engine that produces 276 horsepower and 266 lb-ft of torque and turns out to be a requirement if you plan on towing anything. Both engines are matched to an eight-speed automatic transmission that provides proper gearing in almost every situation.

The Cross Sport’s roofline is a sloper, tapering downward as it moves to the rear. That helps this big Frigidaire on wheels cheat its way through the wind, and cuts its drag coefficient to a manageable level. The front end features a prominent three-bar grille with LED lighting and since it was an SEL model, included 20-inch alloy wheels all around.

The interior of the Atlas Cross Sport shows why the two-row SUV is still relevant. It is in one of these behemoths that a family of five can stretch out, carry tons of “stuff” (a technical term), and cruise across these United States in absolute comfort. Since this mid-sizer is missing a third-row seat, designers were able to add a little more legroom than what’s found in the three-row model. Secondly, there is no third-row seat that may disrupt the flat floor found in the Cross Sport. Speaking of that cargo area, it offers 40.3 cubic feet behind the second row, but fold them forward and space jumps to an impressive 77.8-cubic feet.

Our SEL model included VW’s Digital Cockpit digital gauge cluster, which enables the center section to show the Navigation system map in a way that is less distracting than looking at the large center console display. Speaking of the 8-inch display, it is the location of most of the controls you would ever use, including Audio, Climate, Smartphone, as well as the incredible sounding 12-speaker Fender Premium Audio system. As a bonus, Apple CarPlay and Android Auto are also along for the ride.

BEHIND THE WHEEL OF THE ATLAS CROSS SPORT

Although you may think the Atlas and the new Atlas Cross Sport are similar vehicles, they offer two distinct drive characteristics. While the Atlas displays the ride quality of a premium SUV, the Atlas Cross Sport is a bit more fun to drive. That’s probably due to its ride height being 2.2-inches shorter than its larger brother, but with that lowered ride comes more handling finesse, especially when cutting corners.

Our SEL was equipped with the 2.0-liter turbocharged four-cylinder and it offered a surprising amount of pep considering it was two cylinders shorter than an Atlas equipped with the larger V6 engine. That’s okay, as the smaller engine could do just fine moving this Lil’ doggie on home. Adding even more fun was the drive mode selector switch, which allowed you to step up the sport drive parameters to.

Whichever engine you choose, you will be rewarded with a compliant ride and an extremely comfortable vehicle. Add to that the Cross Sport’s tight turning circle, and spritely acceleration for a fun-to-drive SUV that you won’t see on every block in the neighborhood.

The Volkswagen Atlas Cross Sport is on sale now at all Napleton Auto Group Volkswagen dealerships. Contact the one near you for a test drive today.