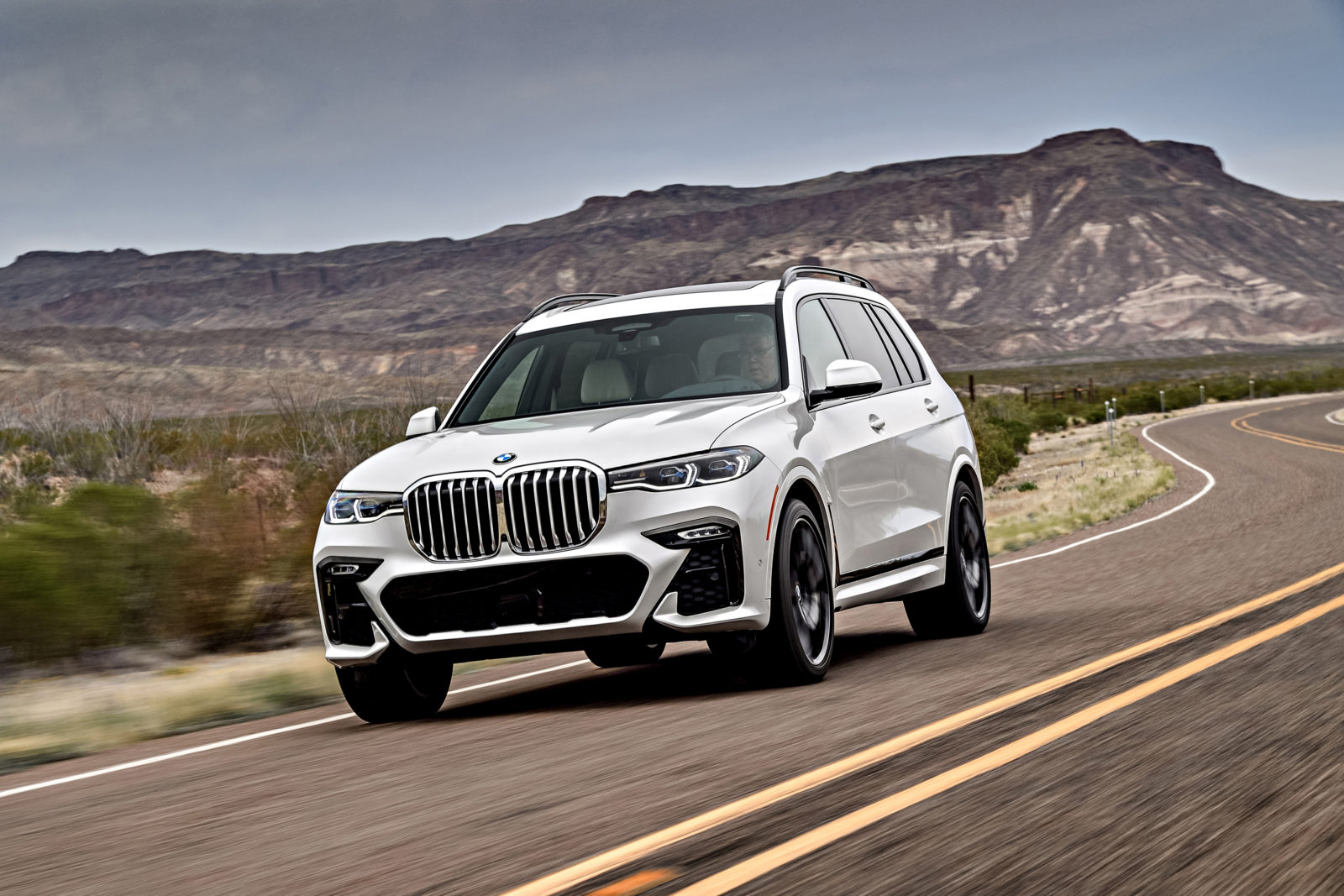 We hit rain. Drove through hailstorms, dodged tornadoes and tumbleweed, but not at the same time. We hit muddy trails in pursuit of Saguaro cactus and drove around snowfall from El Paso, Texas to Phoenix, Arizona. We even saw the wall along the U.S.-Mexico border and were inspected by US Border Patrol officers. All the while, our BMW X7 SUV continued on unabated, handling everything that was thrown its way during this most peculiar of road trips.

BMW flew us to Texas to test their grand new X7 Activity Vehicle. The largest BMW ever, well not really-it’s three inches shorter than the BMW 7-Series sedan, but it is definitely the most massive BMW. It competes against entries from Mercedes and Range Rover.

But oh, can this BMW move. At 5,617 pounds, this X7 felt as solid as Fort Knox, while at the same time as agile as its X1 and X3 baby brothers. The pinnacle of the SUVs in BMW’s fleet, and the latest to come off the assembly line at Plant Spartanburg, South Carolina, it’s also probably the best SUV the company has ever built. Capable of seating up to seven passengers, the BMW X7 xDrive40i and X7 xDrive50i are utility vehicles with Luxury as standard.

The new 2019 BMW X7 xDrive40i and xDrive50i are two of the biggest SUVs in the business. Nine inches longer than a BMW X5 and just a half an inch shy of the standard-sized Cadillac Escalade, the new X7 goes nearly head-to-head with its luxury SUV rivals. It is the new larger flagship of the BMW SUV fleet.

Power for the X7 xDrive40i comes from a 335 horsepower inline six-cylinder engine with a single twin-scroll turbocharger that helps to deliver 330 lb-ft of torque. The X7 xDrive50i offers power from a 4.4-liter twin-turbocharged V8 engine whose turbos are nestled in the valley between its cylinder heads. The result is 456 horsepower and 479 lb-ft of torque. Both engines are matched up with BMW’s eight-speed Steptronic transmission for smooth acceleration and power on demand leading to 0-60 mph times of 5.8 and 5.2-seconds, respectively.

At the very front is the largest-ever expanse of shaped grille, ever. Add to that the slim twin headlights on either side to really stretch out the dimensions and you will have a vehicle that is not only aggressive, impressive, as well. Underneath all is a rather forgiving 8.7-inches of ground clearance with skid plates front and rear.

The interior of the BMW X7 is like a visit into the great wide open, as well. If the outside is large and in-charge, the inside could be described as cavernous. A modern looker throughout, it’s not without a touch of elegance too, ranging from Fineline Wood trim to a Swarovski glass control option. For the suggested $650 price of entry, you’ll get a crystal gear knob, iDrive controller, start/stop button and radio volume knob. With three rows of seats, the interior is good for seven or eight passengers, depending on . Looking around, you’ll discover enough leather to stock a Louboutin shoe store (Louboutin.com). If you can’t find a proper seating position with the 20-way adjustable driver’s chair throne, and its multitude of massage styles, heating ventilation features, then you aren’t trying hard enough.

It’s not just the luxury, it’s the technology, too. Want to turn up the volume or change the channel?

Simply point at the 12.3-inch display screen and swipe left or right, or even just twirl your finger to raise or lower the volume level of the stellar 1,500-watt Harman Kardon audio system. And just like Alexa or Siri, your X7 is always listening. Just say “BMW” and an intelligent personal assistant comes to life, able to make a call, get directions, dial your favorite restaurant or more.

Cruising along Interstate 10, heading west, we ducked in and out of New Mexico before crossing into Arizona, the Grand Canyon- and speed camera State. 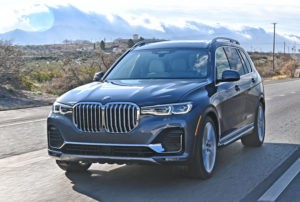 We were fine, this time, but some of our colleagues were not so lucky. After a brief stop at the Border Patrol we continued on our way, maneuvering past , senior tourists and the occasional former Fast and Furious cast member, with nary a care.

We had a chance to test both the xDrive40i and the xDrive50i. Leaving El Paso in the morning behind the wheel of the xDrive40i allowed us to sample the anything-but-base inline six-cylinder engine which we estimate will be the X7’s best-selling powertrain. With a more than adequate 335 we were able to pass the big-rigs without hesitation, feeling the eight-speed transmission dropping down a gear or two, allowing the engine to breathe freely and rev at a higher rate.

After lunch, it was our turn to spend quality time with the 4.4-liter twin-turbocharged. This time it was more of the same, with emphasis on MORE. More torque, more power, more towing capacity, it had more of everything.

Including passing power. Getting past one of the tandem trucks on the expressway was reduced to child’s play. And the sound of the twin turbos underhood was good enough to be considered its own soundtrack.

Shifts from the Steptronic transmission were effortless, and the steering was just right offering the perfect balance of agility and firmness at the same time. For the most part, we kept the ride mode in Comfort, to go along with the luxury trappings of the BMW X7, but this Sports Activity Vehicle has a playful side as well, as we found when placing the X7 in sport setting, which to our backsides was just a step removed from the comfort ride mode.

Along the way, we had a chance to check out the boneyard. That would be the Davis-Monthan Air Force Base Aircraft Graveyard. Here, virtually every aircraft that has ever flown for the U.S. Armed Forces will ultimately meet its maker. Or at least a large mechanized claw that will take it apart after a long and hopefully safe career in the skies.

Right across the highway is the Pima Air Museum with a select group of airplanes, helicopters and more including the very first Air Force One and many other retired and experimental aircraft.

Adaptive cruise control showed great restraint as well. Unlike what we have seen with other vehicles that careen forward once traffic clears in front of you, the X7 gradually stepped up in a gradual, mature way. It’s just the way we like it.