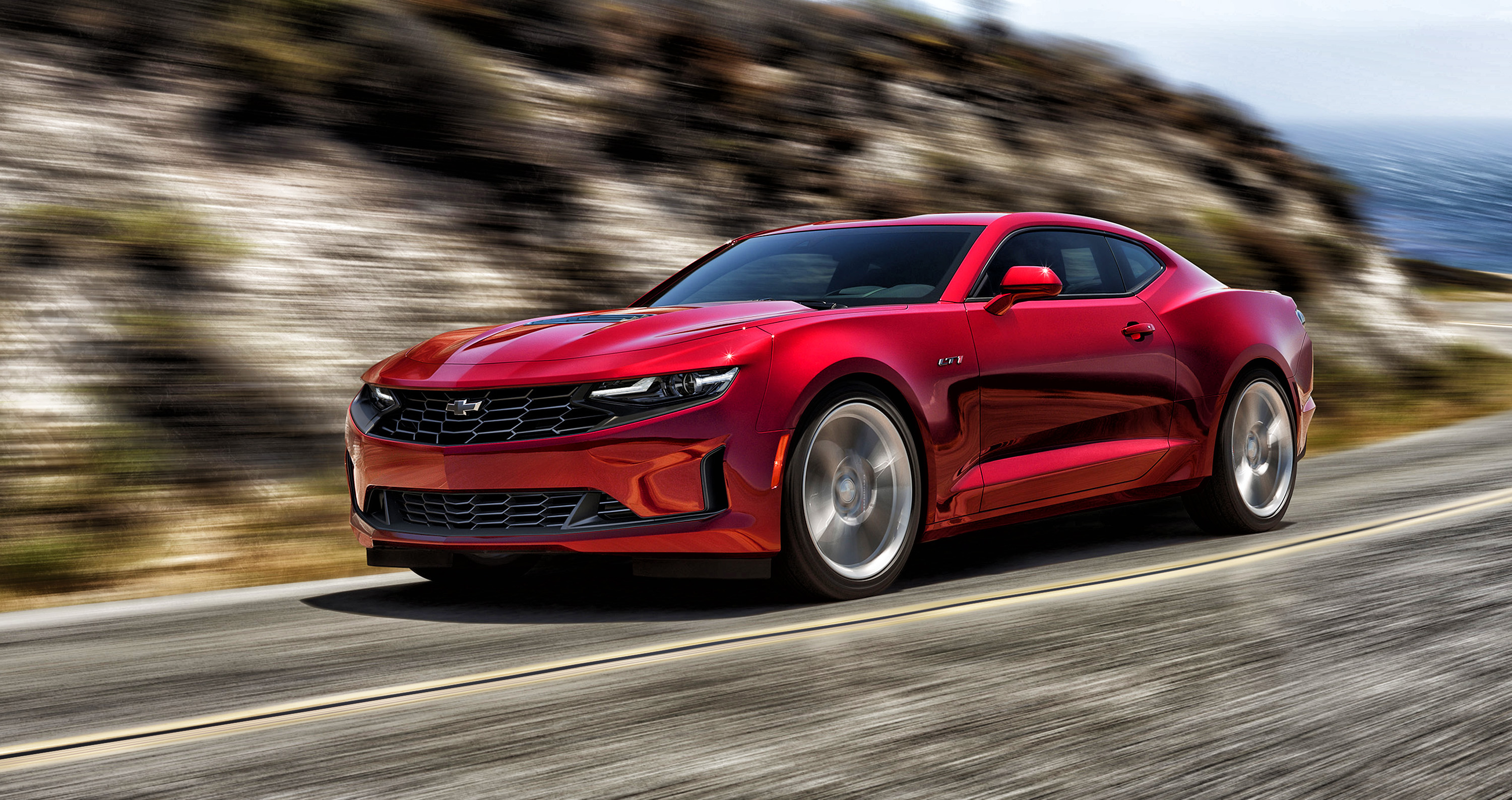 Could Muscle Cars really be a dying breed? After spending a week in the 2020 Chevrolet Camaro LT1 Coupe, we certainly hope not. Along with the Dodge Challenger and the Ford Mustang, the Camaro is one of three Pony cars remaining. Remember the American Motors Javelin and the Pontiac Firebird? Google them if you don’t. The new Camaro is a shining example of technology never stopping.

Now in its sixth generation, the 2020 Chevrolet Camaro LT1 is a high-performance version of the standard Camaro, which has been built for 46 years (with a seven-year pause from 2002 to 2009). Its retro-styling harkens back to the 1969 first-generation model but just updated to reflect what we want and need in today’s vehicles.

HOW DOES the new camaro LOOK?

The Chevrolet Camaro LT1 is a sinister-looking two-door four-seat sports coupe. It is also available in Convertible and SS trim, but the best part of the Camaro LT1 is that it’s a wolf – in sheep’s clothing. By that, we meant that despite the Camaro’s natural aggression, the LT1 gives off a Walter Mitty-type appearance that dispenses with trim pieces like a rear wing and front lip spoiler. Instead, the Camaro LT1 is a sleeper, moving stealth-like without a hint of what’s under the hood. That’s if you don’t notice the large exhaust vent in this Camaro’s hood.

The Chevrolet Camaro received a mid-cycle facelift in 2019. The refresh is mostly apparent by the aggressively-styled front and rear bumpers and new squinty headlights. Otherwise, this new Camaro sneaks under most radars, but ours at http://www.Napleton.news would never miss it. Other than that, all other sheet metal, dating back to 2016, remains the same. And we think that’s a great thing.

WHAT ABOUT the 2020 camaro interior?

Totally modern inside, the Chevrolet Camaro LT1 includes everything you could ask for in a current retro-influenced sports car. That includes Apple CarPlay and Android Auto, SiriusXM Satellite Radio, Chevrolet’s third-generation infotainment technology with an 8-inch touchscreen display, and more. Also on board are the trademark concentric HVAC controls located around the airconditioning vents in the center console.

Our tester reminded us of the old Central Office Production Order (COPO) cars that circumvented a corporate dictate by General Motors that there were to be no high-performance vehicles built by the brand. Those in the know would go to the dealership and order a Camaro and tick the box that offered the COPO option. That informed the ordering department this particular car was to have a select engine, no radio, air conditioning, or other features because they were useless in the racing arena.

In other words, the car was a high-performance stripper model. All that it needed was a bolt-in roll bar, and it would be off to the races. The base fabric interior gave off that appearance, just 50 years after the fact.

The modern Camaro is available with a choice of four engines, depending on your trim level. A 275 horsepower, 2.0-liter four-cylinder turbocharged engine is standard in base-level models, while a 335 horsepower 3.6-liter V6 is optional.

Our LT1 example featured a 455 horsepower 6.2-liter small-block V8 that produces an equally stout 455 lb-ft of torque. While a six-speed manual transmission is standard, ours appeared with an optional 10-speed automatic transmission with paddle-shift levers. The drivetrain includes a standard limited-slip differential. Once the excitement is all over, the LT1 slows down through the use of Brembo high-performance front brakes. This Camaro rides on 20-inch forged aluminum wheels with Summer-only performance tires. It’s quite the package, and one the EPA estimates will achieve 16 city and 27 highway miles per gallon.

And sure, there are bound to be a few people who subscribe to the theory that some is never enough. For them, there is the ZL1 Camaro with its 6.2-liter supercharged V-8 that makes a whopping 650 horsepower and 650 LB-FT of torque.

BUT DOES IT GO?

Oh, heck yeah! We sat in the driveway, turning the engine on and off to hear it rumble to life with the push of a button. It was a glorious rumble at that. We will warn you, blindspot visibility is at a premium here, so make sure to use your mirrors, back up camera and neck muscles to keep mindful of your surroundings.

Once underway, all this Camaro LT1 wants to do is run. And run it does. Acceleration is blistering, pushing you back into the seats at launch. Steering is potent and nicely weighted, giving great road feel with no soft spots while heading straight and providing useful feedback while corner-cutting. We were able to tailor the performance of the Camaro LT1 through the Driver Mode Selector that enables the looks, feel and sound of the car.

About those rear seats. Let’s call them decorative seats. They are comfortable, but due to the size and wheelbase of the Camaro, legroom is at a premium. It’s ok though, as remind ourselves that some of the most successful high-performance cars in history only sat two people.

The Chevrolet Camaro LT1 is available at Napleton’s Chevrolet of Wayzata, in Wayzata, Minn. https://www.chevroletofwayzata.com/.