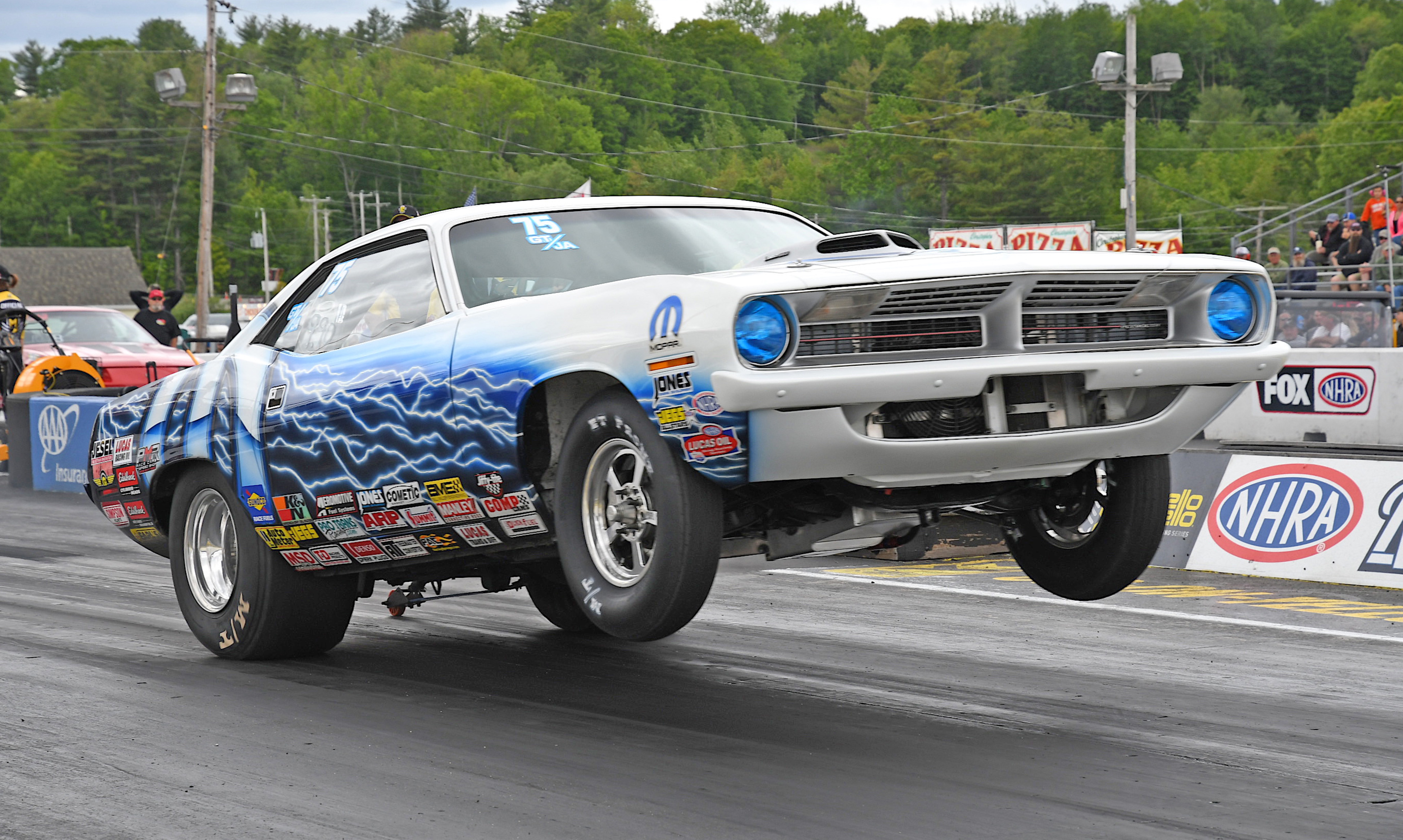 Dodge has the Dodge Challenger. Ford has the Mustang, Chevrolet has the Camaro, and Plymouth (who?) had The Cuda. The Plymouth brand dates all the way back to 1928. The brand existed until Chrysler pulled the plug in 2001. During that time, Plymouth was known for some popular and powerful vehicles.

Plymouth’s sporty Barracuda was a “Pony car” based on the 1964 Plymouth Valiant. This first-generation ‘Cuda was a fastback with a complicated wraparound rear window. Its design was distinctive but performance, not so much. The ‘Cuda was available from 1964 to 1966.

In 1967, the gen-2 ‘Cuda was introduced and built until 1969. Also based on the Plymouth Valiant, it was redesigned to reflect changing times. The fastback was joined by a hardtop coupe and convertible.

Generation-three of the 1970-74 Barracuda and Challengers were based on Chrysler’s E-body platform. This body inspired today’s Dodge Challenger and all Hellcat, Redeye, Demon, and R/T variants raising hell on highways, streets and dragstrips alike. It started when Chrysler put a HEMI engine under the hood of this car, leading it to drag racing glory for years to come.

The Plymouth Barracuda and the more powerful ‘Cuda variants are gone. They were killed when the Plymouth division ended its production in 1974. Chrysler further stomped that sucker flat by offing the Plymouth brand in 2001.

Reintroduced in 2008, the new and current Dodge Challenger was based on Chrysler’s 300 and Mercedes-Benz E-Class during the time Chrysler had merged with Daimler in the late 1990s.

An article on Autowise.com speculates that Chrysler’s Connor Avenue Assembly Plant, which was responsible for the Dodge Viper, was being prepped for something new. Reports say the plant is being retooled for production of a “specialty” vehicle with “legendary roots.” The reports suggest the factory is building an assembly line responsible for a new Dodge or Chrysler SRT ‘Cuda.

We approached our friends at FCA, including Powertrain Development Communications honcho Dale Jewett, who responded cryptically, by saying, “ ‘Cuda, eh? That’s a great chapter in our company’s history. But I’m no good at predicting the future. Because, you know we don’t discuss our future product plans.”

Excuse us, while we run out to purchase a bunch of lottery tickets.

Fan sites are wildly expecting a smaller production run than the Dodge, which will include some of the Challenger’s architecture. Power might be from an already tough 6.2- or 6.4-liter supercharged HEMI engine capable of producing 800+ horsepower. It could be the fastest ‘Cuda ever, based on the power of the current Demon and Hellcat Redeye.

And while we are speculating, how about a little price guessing? How much are we talking, here? Good question! Estimates put the base MSRP in the neighborhood of $28,700 for a 3.6-liter equipped V6 engine. A performance ‘Cuda using Challenger pricing metrics could wind up  in the $70,000 range.

Like they said in the movie “Field of Dreams,” build it, and they will come. In the meantime, continue to check back with Napleton.news for the latest ‘Cuda information. To find more information on the latest Chrysler, Dodge, Jeep and Ram vehicles, visit Ed Napleton Auto Group today.

1 thought on “The Return of the Legendary ‘Cuda?”