2020 Hyundai Sonata: The Sedan Fights Back 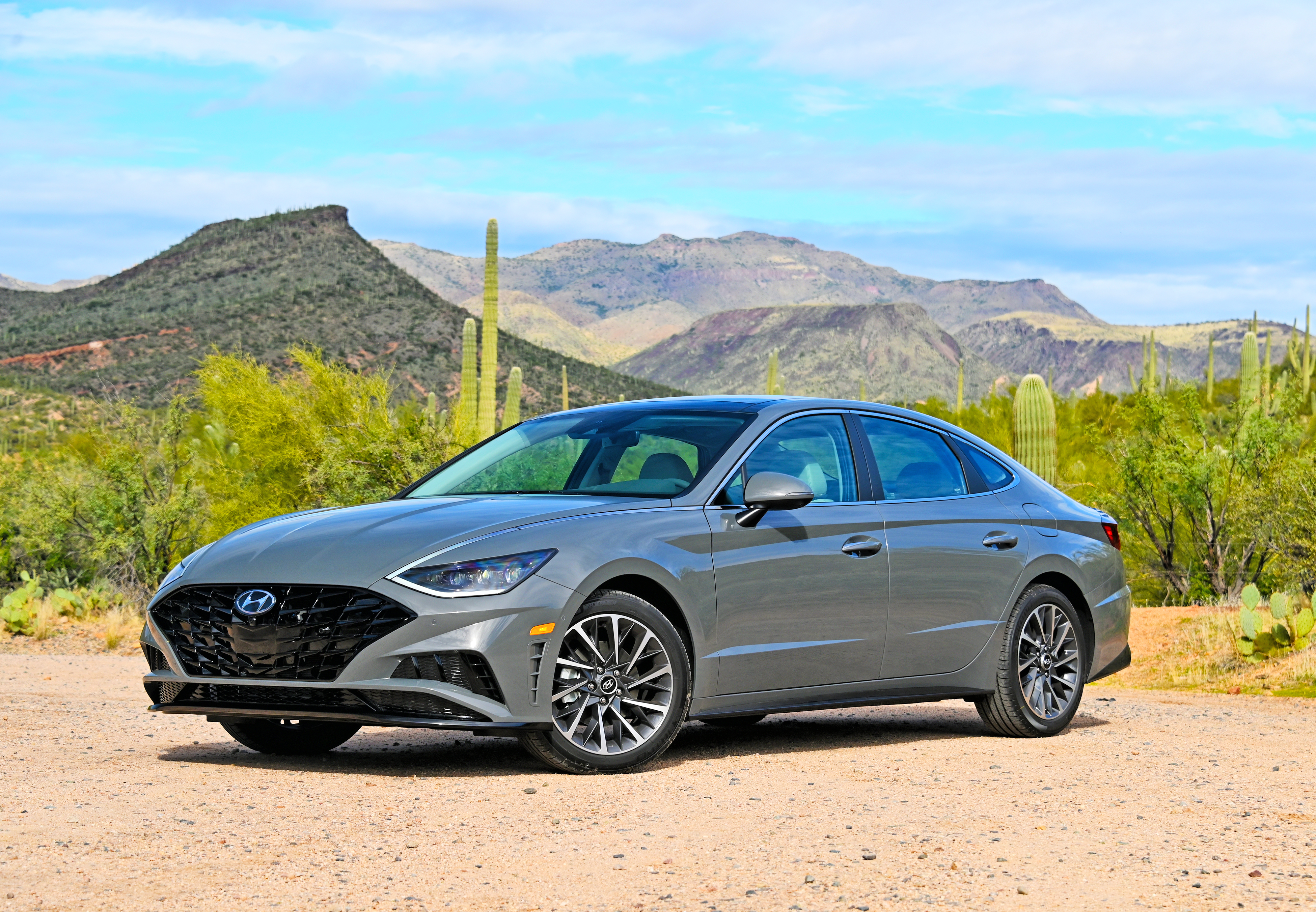 The Sedan Fights Back. Much is written about the Death of Sedans. But the truth is such stories are greatly exagerated, to borrow Mark Twain’s famous phrase. The 2020 Hyundai Sonata is the brand’s Exhibit A, and their way of saying, “wait just a minute. Drawn in the company’s new design language, the eighth-generation Sonata is seemingly saying we aren’t through here yet.

If you are a regular reader of Napleton News, you’ll be familiar with the number of Crossovers and Sport Utes available today. But that doesn’t stop Hyundai as they double down by re-engineering their best-selling Sonata sedan. And by the way, the company from South Korea, is pretty famous for their SUVs, too.

The new 2020 Hyundai Sonata is fresh from the ground up. According to company officials, Hyundai designers sought to create emotional value with proportion, styling and technology. Think of it as a three-legged table concept that has roots in both Namyang, South Korea, and at Hyundai Design Studios in Irvine, California.  Yes, we realize we’ve only mentioned two legs, but work with us here.

THE 2020 HYUNDAI SONATA: NEW AND IMPROVED

Consider the new Sonata the anti-Hyundai. That’s because it’s unlike any Hyundai we’ve ever seen. So striking in its new skin, it was causing bystanders to come and question us about our new Sonata. From the front, the prominent new Parametric Jewel grille features multi-faceted shapes that have evolved from the previous version. Moving up from either side are new chrome stripes that light up when the Sonata’s lights are activated. It’s the car’s new signature feature that leads into the dynamic lasso helping to define the greenhouse of the car with a continuous chrome stripe.

The new Sonata will be available in SE, SEL, SEL Plus and Limited trim levels. There’s more, later, so keep watching this space.

Two tension stripes, comprised of creased panels, help to extend the visual length of the new Hyundai Sonata, which now includes more legroom thanks to a longer wheelbase. The front of the vehicle hunkers down, thanks to lower shock towers. Overall, it consists of a shorter front overhang and longer overall length.

At the rear, a new, signature LED lightbar stretches from one side of the trunk lid, stretching to the other side while defining the taillights. At the top of the rear window, the high-mounted brake light stretches nearly all the way across.

While previous versions of the Sonata utilized the “Fluidic Sculpture” design style, the new model’s Sensuous Sportiness language features interior components stretched across the dashboard thinner than before. A lower instrument panel offers a clean look and some surprises. They include two digital screens that reveal your Sonata’s blindspots. Once you signal a turn, the screens will show the rearview. It’s top-shelf technology for the masses.

The center console includes a set of low-profile gear selector buttons that manage to shrink themselves into the surroundings. There’s available Qi wireless smartphone charging and in a departure from the Harman audio systems of the past, Hyundai is now partnered with Bose for all their audio needs. That’s not all, though. There are new lighting cues around the cabin, including across the dashboard, giving you music and a show. Just saying.

New unique armrests are part of the interior scheme. Now featuring extended padding, they offer comfort for the passenger more than the driver, because as we all know, both hands should be on the wheel at all times. Thanks to the increased wheelbase, rear-seat passengers now enjoy more spacious accommodations.

Out with the old, in with the new. The 2020 Hyundai now features two new engines. Gone is the old 2.4-liter four-cylinder engine. In its place, you’ll find the all-new next-gen 2.5-liter Smartstream engine, that while more significant, offers reduced emissions, and an increase in fuel economy over the outgoing four-banger. Now capable of 191 horsepower at 6,100 rpm and 181 lb-ft at 4,000 rpm, it’s a high-compression engine with gas direct-injection AND multipoint injection (MPI). It’s an all-new design using Atkinson-cycle protocols for a more efficient burn. It includes a balance shaft assembly for improved noise, vibration and harshness.

The second powerplant that steps to the plate is the next-generation Smartstream 1.6-liter turbocharged GDI engine. The evolving member of the 1.6-T engine family, it has increased power and an optimized torque curve. Together, the two are good for 180 horsepower at 6,000 rpm and 195 lb-ft of torque between 1,500-4,500 rpm.

Both engines mate to Hyundai’s 8-speed Smartstream automatic transmission with Shiftronic. The first time this arrangement is in the brand’s sedan, this arrangement frees up valuable real estate on the center console. Next to the gear selector is a drive mode switch that allows you to select modes such as sport, eco, and standard settings.

BEHIND THE WHEEL of the New Hyundai Sonata

The refinement from behind the wheel of the new Hyundai Sonata is, in a word, impressive. From the quiet cockpit and its drastically reduced Noise, Vibration and Harshness to the comfortable ride, this front-wheel-drive (FWD) sedan had a feeling that inspired driver confidence from the get-go. A firmed-up steering system is one of the significant improvements in the new Sonata. This new parameter is because of Hyundai Performance honcho Albert Biermann, formerly of BMW M fame.

The business side of the Sonata cabin is one that is driver-centric with all controls where you want them. A new, wider windshield offers improved visibility when comparing to previous models. From the inside, you’ll notice a hushed tone, thanks to extra attention paid to the in-cabin insulation.

We were only able to test the new 1.6-liter turbocharged and tuned four-cylinder engine, which offered quick acceleration, and torque that was ready at the drop of a hat. Changing into sport mode via the drive mode selector switch caused an instant surge that pushed us back into our seats. We were then able to bang through the eight-speed gearbox using the steering wheel-mounted paddle shift levers for immediate response. Even though the brand has dropped the Sonata Sport model, there is a particular sportiness here that we didn’t note in the past.

One of our favorite new features of the new 2020 Hyundai Sonata is the Remote Smart Parking Assist. An included part of the 2020 Hyundai Sonata Limited trim level, it wowed us with the ability to walk itself into its parking space. It’s the perfect thing for tighter fitting garages that are all the rage today. Watch our video for a more comprehensive look at this new feature.

In short, we have seen the future in the new 2020 Hyundai Sonata. We are impressed and are betting you will be too. For more information, contact Ed Napleton Auto Group or the Napleton Hyundai Dealership nearest you, today.