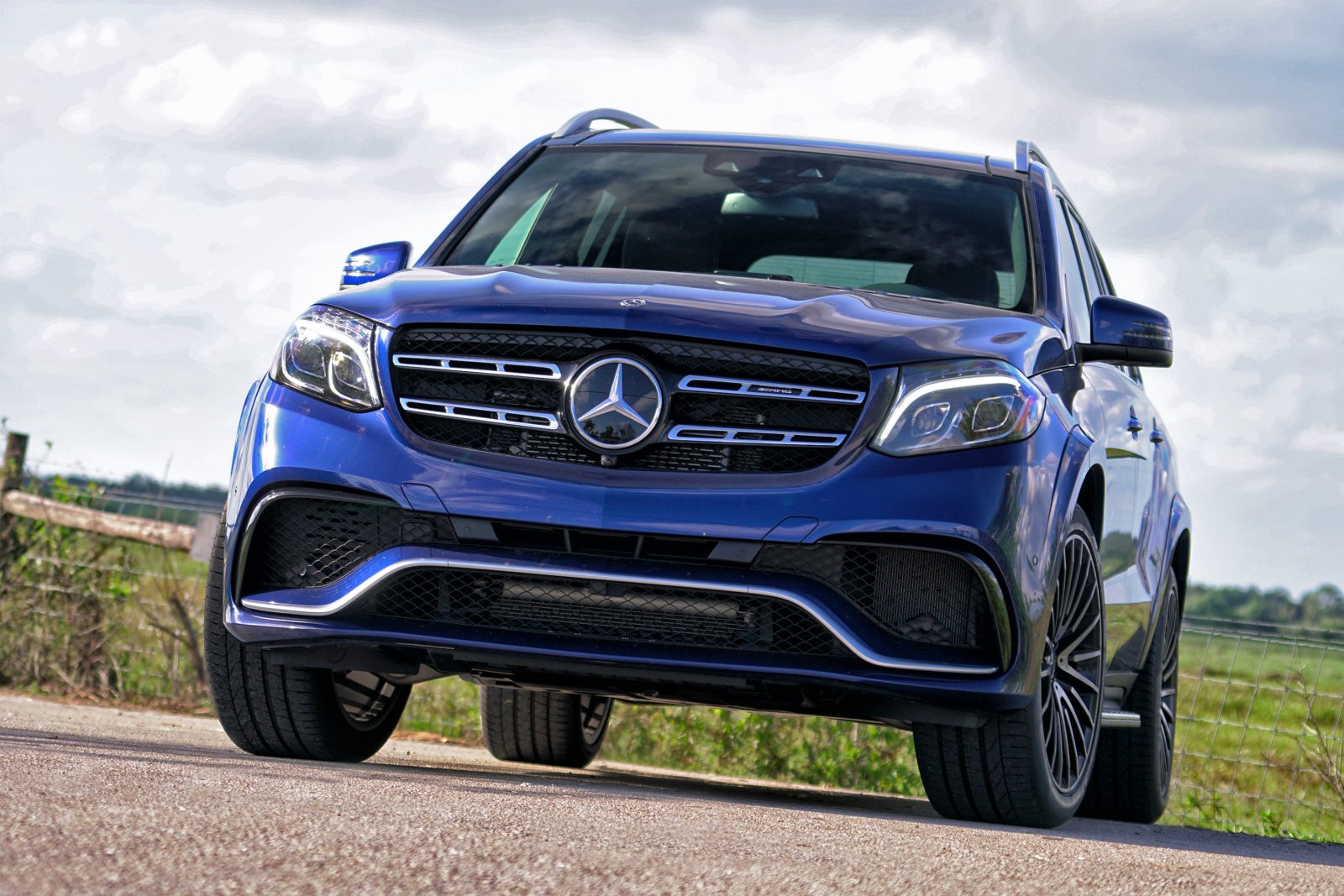 The Best or Nothing. That’s been the motto at Mercedes-Benz for quite some time now, and with the Mercedes AMG GLS 63 sport utility vehicle it isn’t just a toss-away marketing phrase. We have always thought the GLS was a handsome SUV, and even has a passing resemblance to its former cousin by marriage, the Dodge Durango.

But what about after it has received all the AMG goodies that would show up in Mercedes-Benz hot rods like the E 63, the S63 Sedan, Coupe or Cabriolet, the SL63, the G63 and numerous others within the brand. Now you’re really talking. You’ll end up with a people, pet and cargo hauler that just happens to haul ass, too.

Oh, and before we go much further, please consider the EPA fuel economy rating as a mere suggestion. It follows the premise that if you are concerned about that, then perhaps the GLS 63 is not for you. In other words, a large monthly fuel bill is standard equipment, at no extra charge.

On the other hand, it really is the Best, throwing back to that Best or Nothing motto.

The Mercedes AMG GLS 63 is a true five-door seven-passenger vehicle based on the standard Mercedes-Benz GLS-class SUV. AMG designers realize that the likelihood this hot rod ends up off-roading is virtually nil and as a result have equipped it to be more at home on paved roads than fording a stream or heading down a gravel trail.

Part of that outfitting includes equipping the GLS 63 with a hand-built 5.5-liter Biturbo V8 engine. Propped up by the AMG motto, “One Man, One Engine,” these mills are such works of art that each engine is signed by the craftsman who built it. And what a piece of art it is. This twin turbo V8 pumps out 577-horsepower @ 5,500 rpm, and 561 lb-ft of torque between 1,750 and 5,250 rpm. This engine powers all four wheels via the AMG Performance 4MATIC system, which receives power distribution from the AMG SPEEDSHIFT PLUS 7G-TRONIC automatic transmission.

GLS 63 drivers will steer the ship with an AMG speed-dependent electo-mechanical rack and pinion steering system. While that points the way, the GLS 63 rides on an independent multi-link suspension with air springs, single-tube shocks with continuously adjustable damping in front and an independent multi-link suspension with air springs, and single tube shocks at rear, that have continuously adjustable damping and finishing off with a tubular torsion bar.

To slow things down at the other end of a track, (as if this high-performance SUV would ever find its way there) Brembo 15.4-inch discs in front and 14.2-inch rotors at the rear stand ready to rein things back in after a spirited jaunt.

Speaking of spirited jaunts, there aren’t many SUVs that are more spirited than this one. Our Mercedes-AMG GLS 63 is capable of a 0-60-mph time of 4.5 seconds. It hits an electronically-limited (!) terminal velocity of 168 mph. That doesn’t sound too limited to us.

“You can’t drive your house but you can always sleep in your car.” With those words, you have summed up the comfort level of our Mercedes AMG GLS 63 tester. Starting with massaging and cooled front seats, a Bang & Olufsen BeoSound sound system, a power Easy-Entry seating system, air ionization with air filter, and even heated and cooled cupholders, why would you ever want to leave? Although not equipped, our tester is even pre-wired for the rear-seat entertainment system that can display satellite television or dvd/blue ray movie playing. It has everything! Even the third row seating in the wayback is inhabitable. And if you are into searching the cosmos, just lean back and look through the GLS 63’s panorama roof.

Those are the creature features. What about functionality? The GLS 63 ticks all those boxes, too. An adjustable and telescoping AMG performance steering wheel leads the way, complete with paddle shift levers and redundant buttons so a driver never really has to remove their hands from the leather-wrapped grips.

A touchpad joins the rotary control that operates the AMG COMAND system. With it, a driver can trace letters in order to find an address or perform another task. But in case you are all about hands-free functionality, there is Apple CarPlay and Android Auto connectivity.

Goes like stink. With those three words, you’ve said a mouthful. There’s no other way to describe what it feels like to experience the sudden urgency of 577 horses pulling nearly 5,800 pounds of luxury performance from a standing start. It’s at this point the laws of physics are challenged. The feel of the GLS 63 pushing you back into your seat, while under acceleration, is the equivalent of a soccer hooligan putting a pair of Doc Martens into your chest. The downside of that is that this SUV gulps its fuel rather than sips it.

And the sound track coming from underhood is not too shabby either. The brrrrrap of the 5.5-liter V8 is one of the more intoxicating tones that rival the tunes coming from the Bang & Olufsen sound system. On the other end of the spectrum, the GLS 63 responds to braking, and handles like a vehicle that is much smaller than the space it occupies. Sure, it’s big, with a tall greenhouse and wide, bulldog-like stance, but it handles more like one of its smaller performance sedan brethren, which it will never be mistaken for when viewed in the flesh.

When talking of SUVs, there is usually a discussion of what compromises have been made to get where we are today. With the Mercedes AMG GLS 63 SUV, there’s very little of that here. The Best or Nothing. If the shoe fits, wear it, we say.