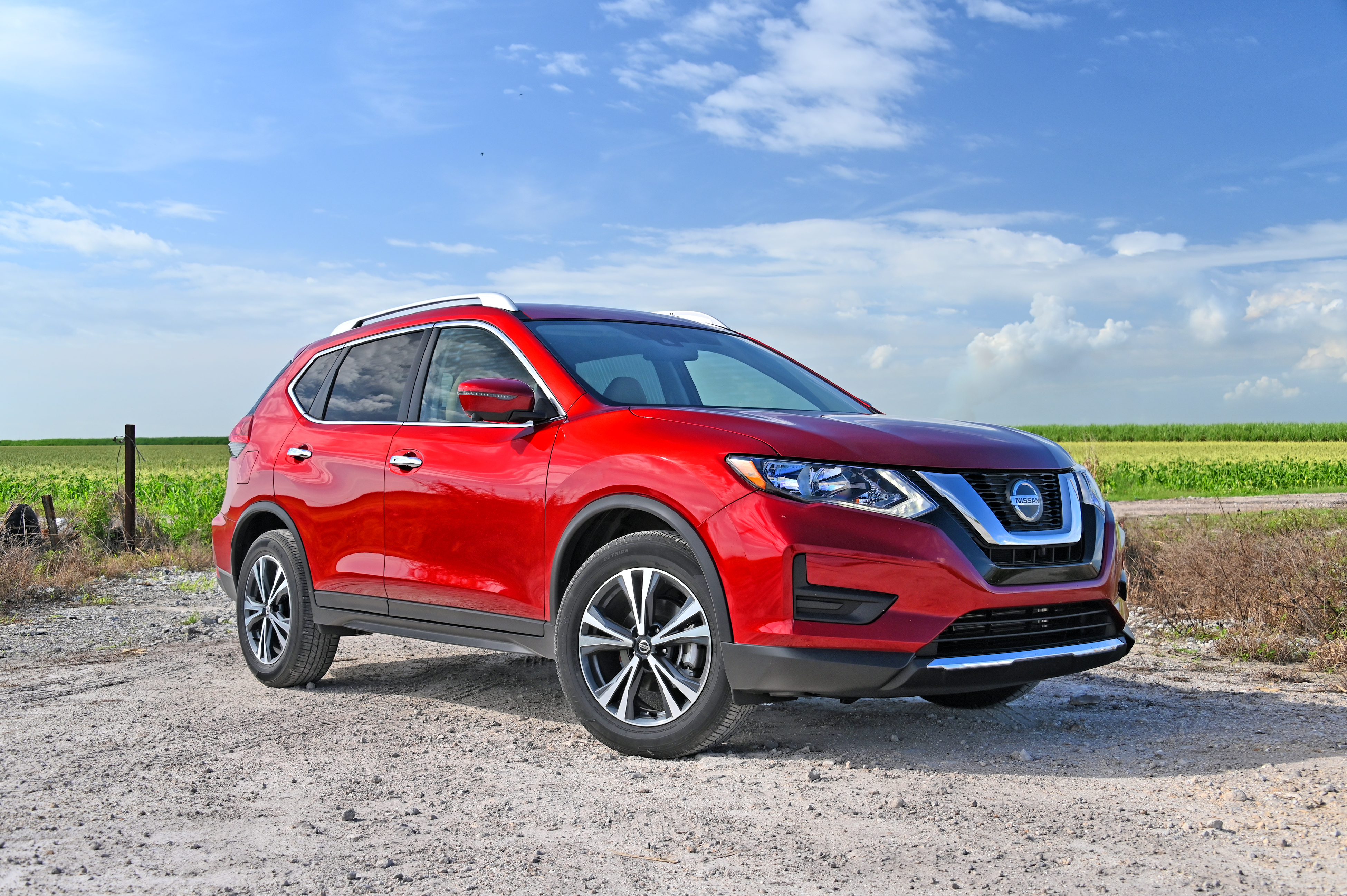 The new 2020 Nissan Rogue is the best selling crossover utility vehicle (CUV) in the Nissan lineup. And there most certainly is a reason why. Still well thought out after all these years, the new Rogue is just as popular as ever, and as the vehicle has evolved, it continues to improve as well.

Newly revised, the 2020 model made its debut at the Chicago Auto Show. The new Rogue includes a remade front grille and a variety of new features that help keep the excitement and relevance intact. The result is an affordable CUV that continues to push the safety envelope even further than before. But that’s not to say it’s perfect.

Specifically, the new V-Motion grille, front bumper and wheels, along with revised taillamps are all new on the 2020 model. Its nose has undergone a reshaping that enlarges the grille opening in front but shrinks the air dam in the process. That’s not a bad thing. It’s just stating a fact.

Power for the 2020 Nissan Rogue model comes from a reliable combination of a 2.5-liter naturally aspirated four-cylinder engine that produces 170 horsepower and 175 lb-ft of torque. It’s delivered to the front-wheel-drive unit by a continuously variable transmission (CVT) that can tend to drone on while offering good fuel economy at the same time. It’s a trade-off, plain and simple.

For those living in the Snowbelt, there is also an all-wheel-drive (AWD) system as an available option. Other models and options are discussed on our Napleton.news website.

In the cabin, passengers will find Apple CarPlay and Android Auto, which are just the thing for smartphone connectivity. Also on board: Nissan’s Safety Shield 360 which is the safety suite of front and rear automatic emergency braking, lane departure warning and blind-spot monitoring. Pro-Pilot Assist is also onboard our tester as a part of the Nissan Rogue Premium package, which bundles adaptive cruise control and lane-keeping assist. It is an innovative introduction to autonomous driving but does require hands on the wheel. If it senses your hands off the wheel, it disables the system and flashes an alert.

The Pro-Pilot Assist system operated similarly to many other adaptive cruise control units we have used, but also kept us within the lanes, while in most circumstances. We found it hesitating in areas where road construction had obscured the lane stripes or during excessive rain as we encountered during an incoming Florida-bound cold front. We like it but found our arms tensing up in the act of continually keeping in touch with the steering wheel to keep the system active.

In addition to other features inside, the two-row, five-passenger Rogue offers Nissan’s Zero-Gravity seating in front and adequate triple-wide seating in the second row. None of our rear-seat passengers wanted for any extra legroom, and when there were just two, there was plenty of room for the Super Big Gulp in the fold-down center armrest and cupholder.  There’s also room for loads of hard- or software in the back, as well as the ability to sweep your foot under the rear bumper for hands-free opening and closing of the rear hatch.

Because our tester was the mid-level Rogue SV, it would come equipped with a two-tone beige fabric interior. Fold those rear seats forward and you’ll find 70-cubic feet of cargo capacity. And if that’s not enough, take advantage of the front passenger seat, which folds forward for excessively long cargo carrying.

We decided to road trip it up to Winter Park, FL this past weekend and found the Rogue was the perfect size for two and our things. Heading out for a  go-see at the local farmer’s market, followed by a camera safari, found us perfectly comfortable after a nearly three-hour ride. We think the Zero-Gravity seats might have had something to do with it, but do you hear us complaining? No sirree. In fact, the more we have had a chance to spend time in them, the more we have grown to appreciate them.

Acceleration along the Florida Turnpike was adequate, even while dealing with those who became panicky in the rain, the result of a cold front that was helping to take the edge off the lingering Florida heat. It did seem after a while that other drivers are just not equipped to drive in the rain anymore. Perhaps it’s because we don’t teach driver’s education anymore. Regardless, we think today’s drivers are far less equipped than those of our generation. Go ahead and say, “Ok, boomer.” But the fact is driving is a skill that is learned by proper instruction and execution.

That’s where the Pro-Pilot Assist comes in. This add-on keeps drivers in their own lanes, and a safe distance away from cars in front and behind them. Now, if we can just get them to follow the concept of slower traffic keeping right; Is that too much to ask?