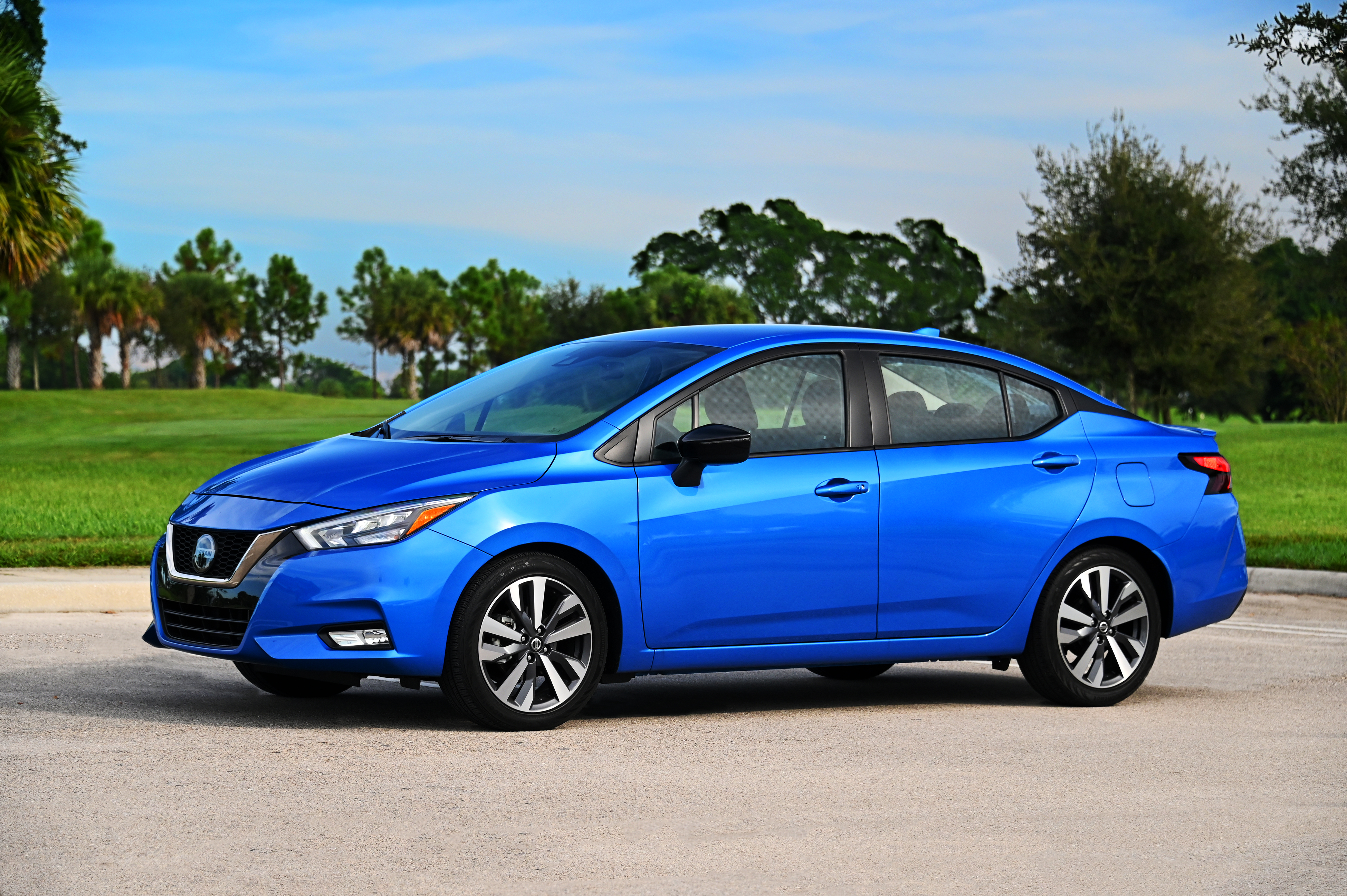 A best-seller for the Nissan brand, the new 2020 Nissan Versa SR Sedan has been refined and refreshed for buyers choosing to bypass America’s infatuation with crossovers and SUVs.

The Versa is an exciting and unexpected car, wrapped in a sophisticated package that has been value-priced for maximum impact, and along the way, a few sales.

A few weeks ago, we had a chance to do a walk-around on the Versa with Nissan’s Steve Parrett. He pointed out the highlights of this new model.

Three weeks later, we were in the same car, with less than 215 miles on the odometer. Documentation reminded us this was a pre-production model, made before mass-production started on the vehicle, so some pieces and equipment may not be up to final production standards. That’s okay, we thought. We’re always up for a chance at being a Guinea Pig!

The all-new Versa moves forward with loads of new technologies that boosts the stature of the car, while at the same time increasing the safety for drivers and passengers alike. Overall, it is a very handsome package.

Categorized as a subcompact, our redesigned 2020 Nissan Versa SR test vehicle featured a new profile that looks well-placed in the world of contemporary auto design. A longish nose and shorter, clipped rear deck help to bookend the front and rear of the Versa, while the swept-back greenhouse does its best to approximate the four-door coupe look that is so popular in auto design today. Despite it being a sub-com vehicle, we found it surprisingly roomy inside.

Stretched over the outgoing model, the new Nissan Versa is the perfect car to introduce buyers to the company. For many, it will likely be a first-time venture into the brand, and for this, Nissan cannot falter.

Nissan’s well-known V-Motion grille leads the way and helps the Versa transition down its flanks with a look that reminds us of the floating roofline found on the Nissan Murano and Maxima. It will be available in three flavors:  Base Versa S, mid-range SV and top-shelf sporty SR models.

After spending a week inside the 2020 Nissan Versa, we discovered an affinity for the Versa’s “gliding wing” instrument panel which expands the total space found inside the vehicle. Nissan’s “Zero-Gravity” six-way manually adjustable front bucket seats were standard, and truth-be-told, are some of the most comfortable seats we have felt in a while. We’re not quite sure how it happens, but it almost feels like we are being “held” by the seatbacks rather than placing all the weight on the seat cushion bottoms. The rear seat in cars equipped with the CVT transmission features a 60-40 split with access to 14.3-cubic feet of trunk cargo space.

Room was more than adequate inside the Versa interior. Even though our tester came with manual seating, it wasn’t difficult to find a good driving position once inside. Legroom in the rear seats was good, although taller passengers may suffer from knee-in-the-face syndrome.

Other standard features include a 7.0-inch color display with touch screen capability. Use that screen for Apple CarPlay, Android Auto and Bluetooth phone connectivity. Passengers will also find a 12-volt power port and three USB ports.

Our prototype tester was equipped with a suite of security and safety features that ranged from Automatic Emergency Braking with Pedestrian Detection, Rear Automatic Braking that stops you as you back out from a parking space, Blind Spot Detection, Lane Departure Warning, High-Beam Assist, and Rear Door Alert to remind you not to leave a child or pet behind.

The car’s Adaptive Cruise Control can bring you to a complete stop but disengages after a few seconds requiring you to hit the Resume setting on the multi-function steering wheel.

The Nissan Versa shares a platform with the Nissan Kicks, all the way down to the 1.6-liter 4-cylinder engine making 122 horsepower and 114 lb-ft of torque. That’s an increase of 12 horsepower and seven percent, respectively, over the previous generation Versa. While it’s not what we’d call a speed-demon, it still manages to get out of its way effectively and can merge this 2,700 pounder onto the highway with relative ease.

The four-banger under the hood of the Versa burns more efficiently than ever. The base Versa S model is available with a buyer’s choice of 5-speed manual transmission or an enhanced version of the Xtronic CVT Transmission. That transmission is standard on the SV and SR models.

At speed, this new Nissan Versa gave us a commanding feel of the road with a small amount of road noise that found its way into the cabin. Stepping on the gas caused the CVT to increase the pitch of its whine. Still, once we got to cruising speed, the noise dropped off considerably.

Handling in most situations was well controlled in the new Versa. We were especially impressed when we found a car directly in front of us run over a piece of blown truck tire (Road Gators), kicking it our way a second later. We did one of those quick-change accident avoidance maneuvers to prevent body damage. Our Versa acted as though it was nothing more than a daily stroll through the park.

To find out more about the new Nissan Versa, Contact Napleton Nissan.