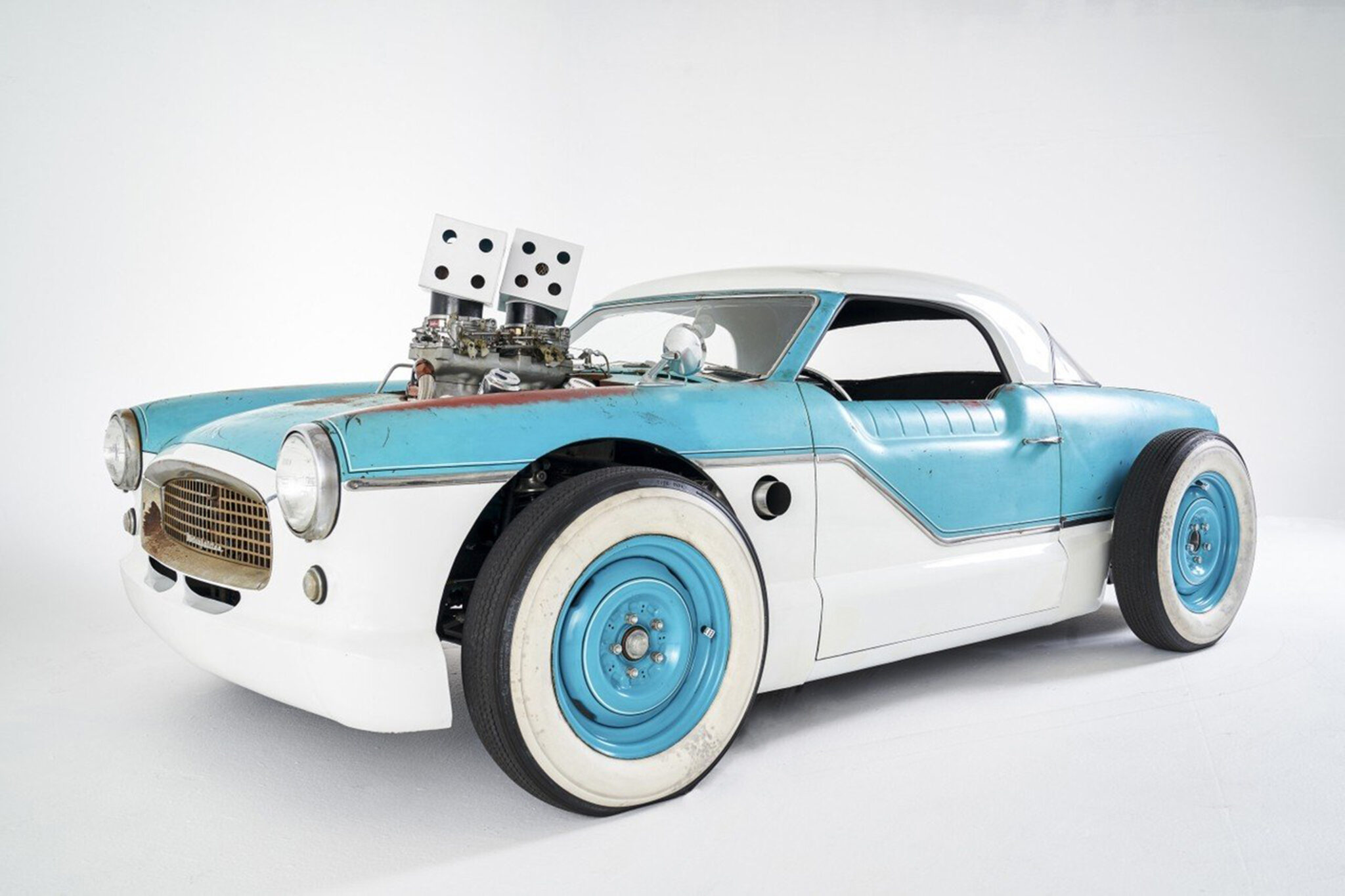 After the final day of the HOT WHEELS LEGENDS TOUR in November 2019, best friends Greg Salzillo and Dave Ford didn’t know what came next. Did they load up their entry on the trailer to haul it back to their home town? Did they road trip it back home? When their names and the name of their entry, The Nash, were announced as winners of the Hot Wheels Legends Tour, that meant they would turn their winner over to Mattel, makers of the miniature automotive favorites, so it could be photographed, scanned, and designed into a 1/64-scale version of the real thing, only smaller.

There’s a lot that goes into the process. Napleton.news had a chance to get a behind-the-scenes look at what it takes to go from life-sized to bite-sized. Here’s what we found.

After visiting 20 cities in Europe and North America, where judges evaluated over 5,000 custom cars in the Hot Wheels Legends Tour, The Nash was selected for its “embodiment of Hot Wheels’ high standards of performance and design,” according to company representatives. “We chose ‘The Nash’ as it represents the true garage spirit by bringing generations together and creating an impressive car that’s built, not bought,” said Ted Wu, VP, Global Design Head of Design for Vehicles for Mattel. “You see it and instantly know it’s meant to be Hot Wheels with that color, the shape and the dice,” he said.

In addition to a miniature presence on store shelves across the country, the Legends Tour winner’s life-sized car and die-cast version will also join the Hot Wheels Garage of Legends, which is a collection of one-of-a-kind Hot Wheels vehicles determined to meet the company’s standards for high style and performance innovations.

In the case of ‘The Nash,’ the original Nash Metropolitan automobile upon which it was based was an American car that was built in the United Kingdom by Austin and sold by Nash, which eventually would become part of American Motors Inc. It received its power from an Austin A40 inline four-cylinder engine making 42 horsepower.

By the time Salzillo and Ford were finished with it, the Austin four-banger was replaced with a Chevrolet small-block engine 305 cubic-inch V8 that, thanks to its dual carburetors and through-the-fender headers, manages an even-steven 300 horsepower. That’s quite a bump from the original 42 ponies.

FROM REAL LIFE TO REAL SMALL

Once Mattel got ‘The Nash’ into its studio, photographers began to shoot, and designers began to sketch details of the car that would be translated into the miniature. Obviously, because of space limitations, some details would be omitted, but the overall look would still make it to the pint-sized product.

Initial molds are designed using computer-aided design (CAD), according to the manufacturing process. They would be followed by pre-production prototypes that would help determine fit and scale. These would be adjusted for realism, sometimes going back and forth several times until things matched up perfectly with drawings and, ultimately, the real vehicle.

Being car people ourselves, we couldn’t think of a cooler honor. It puts the phrase “let’s get small,” in a whole new light. Check your local Hot Wheels retailer for the 1/64th scale replica. Hurry to get yours because as they say on TV, supplies are limited.