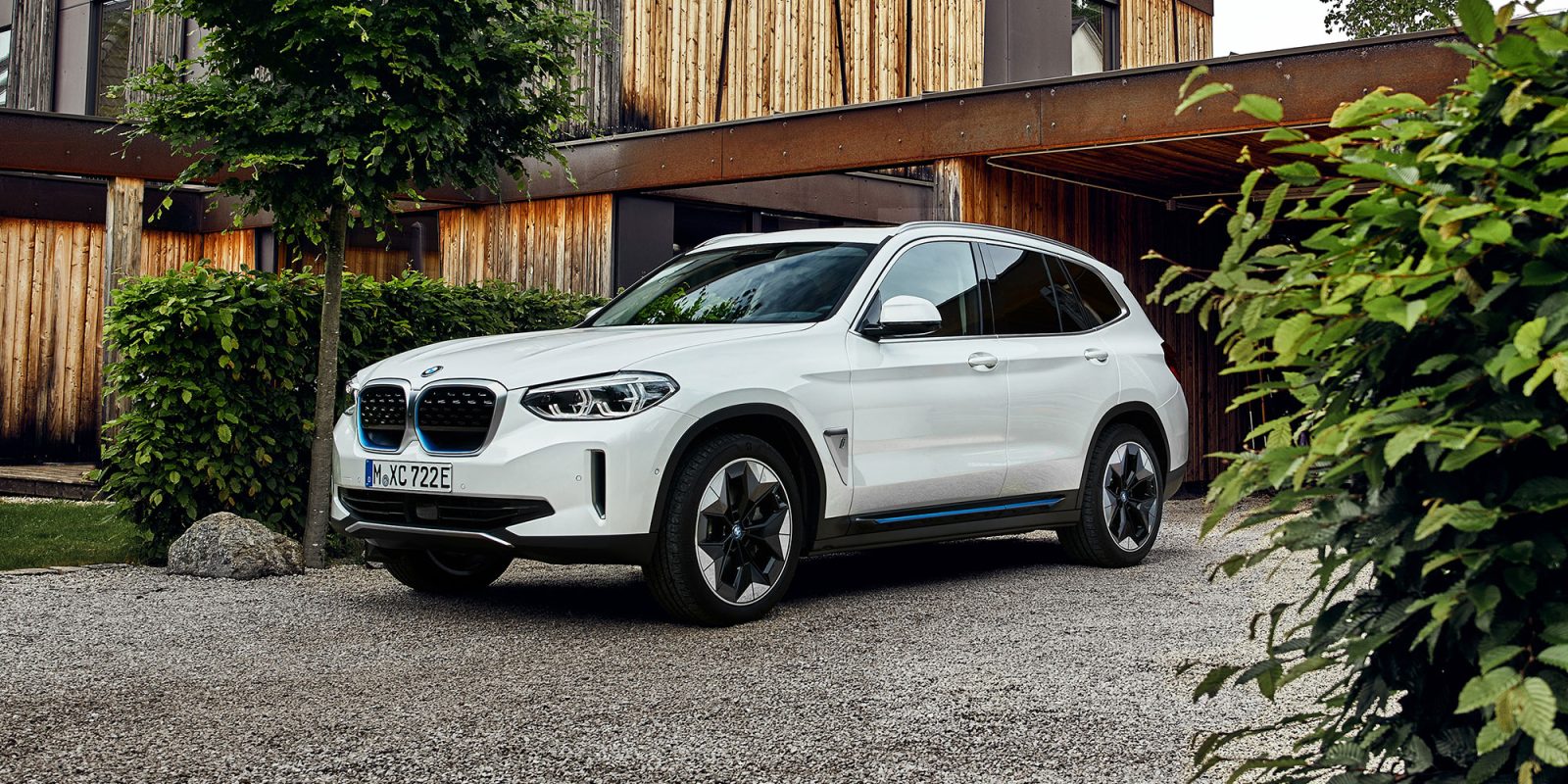 The new 2021 BMW iX3 is a fully electric crossover built with holistic sustainability in mind. It is BMW’s first all-electric SUV, but one of many intuitive electric vehicles being manufactured as part of the luxury automaker’s “i line.”

Designed with proportions similar to the Tesla Model Y, the 2021 BMW iX3 is a small SUV with rear-wheel-drive and all-wheel-drive to be made available on later versions of the model.

BMW’s preliminary specs report that the iX3 comes with a 286-mile range on a full charge, using a 74 kWh battery as its main source of power.

The 2021 BMW iX3 gets 282 horsepower and 295 pound-feet of torque. That power is generated from a single rear-mounted electric motor.

The preliminary specs also quote that the iX3 goes from 0-62 mph in 6.8 seconds, which is just under a second slower than the X3 sDrive30i, the base rear-wheel-drive gasoline X3 model for the U.S. market. The iX3’s top speed is electronically limited to 112 mph.

As far as charging is concerned, the iX3 is equipped with DC fast charging capabilities. This allows the SUV to charge at up to 150 kilowatts, or receive 80 percent of a full charge within 34 minutes. For some perspective, a quick 10-minute charge will add 60 miles of range.

BMW has said that the new EV will be built in China, and it will only be made available for commercial sale in the Chinese and European markets.

As of the writing of this article, there have been no official details surrounding a United States release date. If everything BMW has reported about the compact SUV is true, however, there are going to be plenty of people in the U.S. that will be anxiously awaiting the arrival of the compact SUV.

Only time will tell if we will be able to wet our beaks on the action.