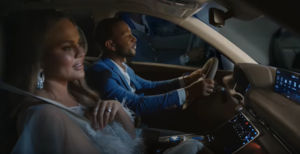 It’s the day after the big game and if Super Bowl LIV didn’t leave you in awe, I sincerely wonder what game you were watching.

The 49ers defense, which has been outstanding all season, kept the high-powered Kansas City offense in check for most of the game. But then Mahomes took over in the 4th quarter and accomplished exactly what he set out to do- get Andy Reid his first Super Bowl victory.

Now it’s the day after the festivities. Even worse than that it’s a Monday. This has become a yearly routine yet we are always surprised at how miserable we are at work after hours of drinking, eating, and yelling at the television screen.

One way you can nurse your Super Bowl LIV hangover is by recapping the game’s best commercials. This is a great time waster to help you stay in the Super Bowl mindset. It’s also a great opportunity to check out anything you might have missed during a bathroom break while these commercials were aired live on Sunday.

Here’s how we ranked the five best car commercials from this year’s Super Bowl.

Kia kicks off the top five with a sentimental commercial that inspires hope in the viewer’s heart.

Using a dramatic musical score and close-up camera angle, we see a middle school-aged child answering questions from the swarming media. As the camera bulbs flash and reporters fight to get the young man’s attention, he calmly asserts himself by beginning with “I run for…”

This commercial is another example of Kia’s “Give It Everything” marketing campaign and watching it will make you want to hit the gym, go for a run, or do anything productive.

4. “Going Away Party” from Genesis

We got a first look at some serious star power when Genesis aired their commercial featuring John Legend and Chrissy Teigen. The power couple is seen at a classy affair filled with a pretentious-looking crowd.

While they are both dressed to impress so they fit in with their surroundings, it doesn’t take very long before Teigen starts calling people out as she so often does in real life and on Twitter.

The commercial is a fun take on Genesis being an attainable luxury brand car for those of us who like to keep it real.

Nothing says “mash-up of the century” quite like Arya Stark, the rogue hero who killed the Night King, and an iconic family-friendly Disney song.

Audi used the talents of Game of Thrones star Maisie Williams to sing the epic ballad “Let It Go” from Frozen while sitting in traffic. Refusing to allow road rage from setting it, she belts out her own rendition of Elsa’s epiphany tune.

All of us can relate to the power of singing in our cars, which is why this commercial deserves a high spot on the list.

When Hyundai planned this commercial, chances are they thought that the New England Patriots would be in the Super Bowl… again. But if you’re anything like me, I’m glad to see another team from the AFC finally got a chance at the Lombardi Trophy.

Nonetheless, the Boston accents provided by John Krasinski, Chris Evans, and Rachel Dratch are funny and the concept still works well even though Boston sports fans were left to watch the big game from the sidelines like the rest of us.

Due to the wicked entertainment value this trio brings, Hyundai gets the silver medal for their efforts at Super Bowl LIV.

1. “The Heist” from Porsche

It’s no secret that getting a spot for a Super Bowl ad costs a pretty penny. That budget is increased tenfold when you create a commercial that has the production value of Porsche’s “The Heist.”

If you watched the extended cut version included above, this commercial hits all the big checkmarks. Action sequences, a high-speed chase, dramatic camera angles, and even a few classic Porsche models are in there for good measure.

This commercial provides a creative take on the German luxury brand’s electric vehicles so I had to give them the top spot.

If you had a favorite commercial from Super Bowl LIV, let us know in the comments below!