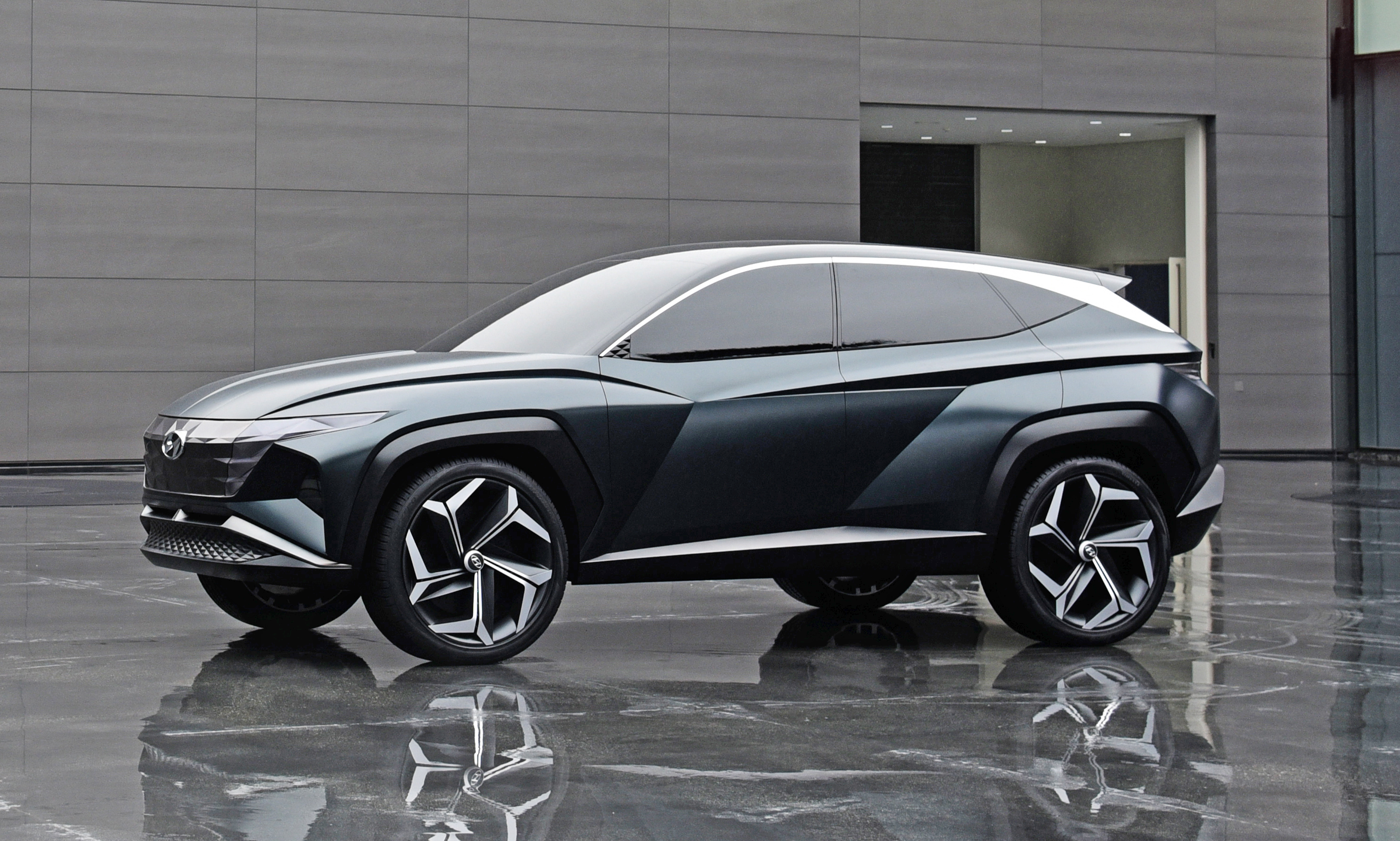 Hyundai, the South Korean automaker, came bearing gifts At AutoMobility LA. They chose the LA Auto Show to introduce the Hyundai New Concept SUV and Models to rave reviews. With these three introductions, the brand had something for almost everyone. It didn’t matter whether you were an SUV, performance, or hybrid aficionado. It was all here.

The Hyundai Vision T Concept is an eco-focused SUV design featuring Hyundai’s Sensuous Sportiness global design language. Shown in matte-green, naturally, it gets its power from a plug-in hybrid powertrain. According to Hyundai designers, the Vision T Concept aspires to  the bleeding edge of dynamic SUV designs. It is a vision of the new urban adventurer SUV design direction.

The Vision T side features forward motion with its long hood, short rear overhang and level roofline for a do-anything dynamic. Of particular importance: A Parametric Air Shutter Grille Design that is closed while stationary, but opens once  in motion. It’s a way to control airflow to the powertrain for optimized aerodynamics and fuel economy.

According to Hyundai, drivers of the new 2020 IONIQ Electric Vehicle will enjoy up to 170 miles per charge. It’s new battery with 36-percent more energy than the previous model is the reason why. The IONIQ Hybrid achieves an estimated 58 combined MPG, which is the fuel economy leader for a non-plug-in vehicle.

From the start, the IONIQ is a vehicle with three different personalities and powertrains. Designers and engineers made the IONIQ the first alternative fuel vehicle with outstanding efficiency while being fun to drive. The IONIQ can be equipped with optional class-exclusive features. These include Highway Driving Assist and Lane Following Assist, which make long trips less stressful and more comfortable.

Last, but not least, Hyundai’s high-performance N division introduced the Hyundai RM19 prototype. A possible hint at future product, the RM19 is a look at what their engineers have up their collective sleeves. Outside, the RM19 looks similar to a Hyundai Veloster with big, honkin’ fender flares covering equally big, beefy tires. But that’s where the familiar looks end. RM stands for Racing Midship, which is a project designed to test and validate new technologies for future N models. In this case, 19 refers to the model design year.

For more information on the Hyundai New Concept SUV and Models, go to Ed Napleton Auto Group or check back here at Napleton.news.