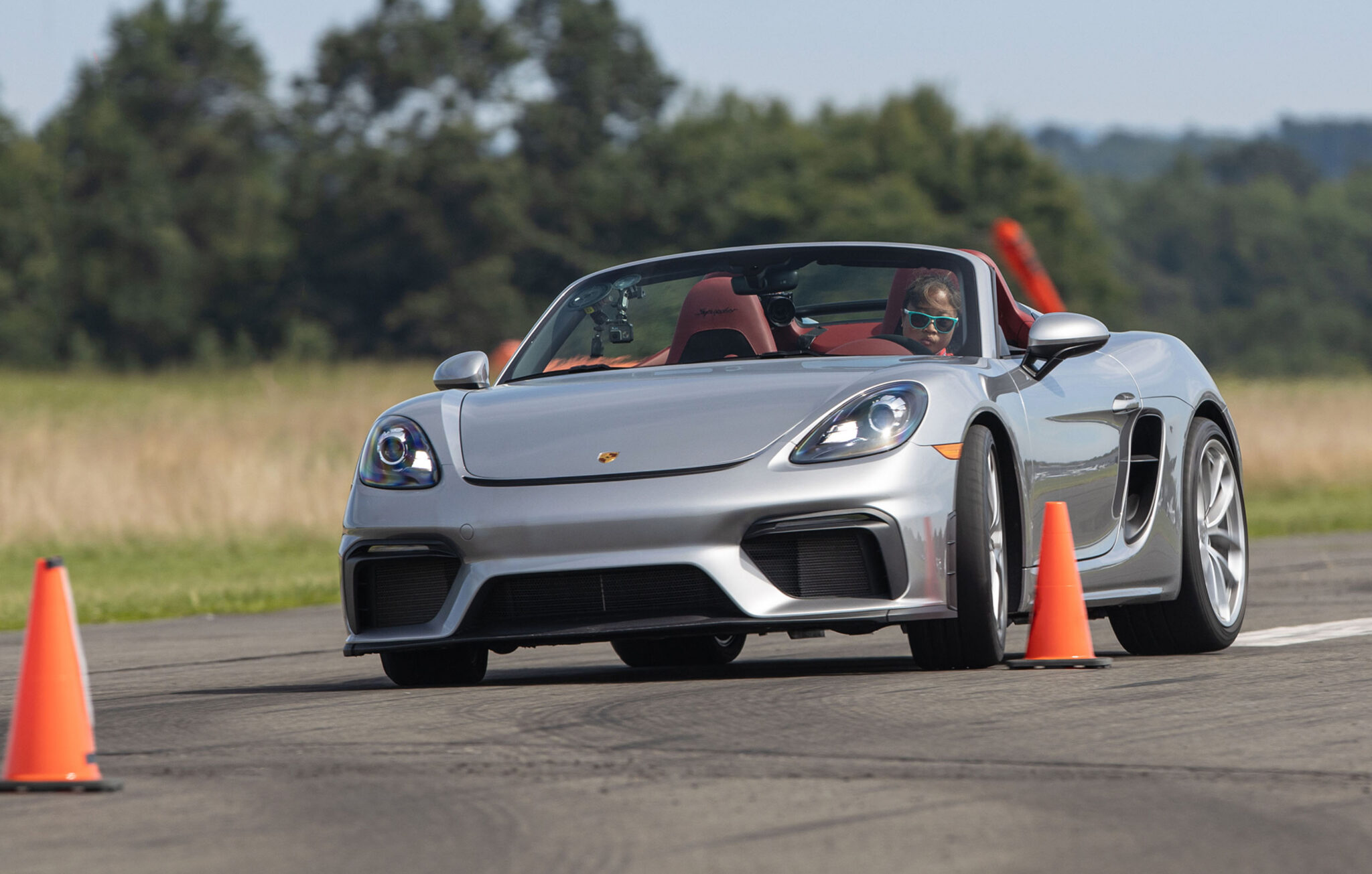 Not a typical 16-year old, Chloe Chambers is a fast-footed teen who managed to put a new Porsche 718 into the record books. And not just any book, either. We’re talking Guinness. For all her efforts, she is now the holder of the Guinness World Record for fastest Slalom in a 2020 Porsche 718 Spyder.

To say she’s a bit of an underachiever is to get it totally wrong. In addition to being a teen, she is an honor student, a black belt in taekwondo and a karting champion on circuits in both New Jersey and Florida. This new record only adds to Chloe’s legend. She’s someone Napleton.news would like you to know.

JUST A YOUNG GIRL AND A PORSCHE 718

Chambers grew up in the Hudson Valley area of New York, where she was inducted into the automotive lifestyle at an early age. She spent her youth watching Formula One with her father, Matt and would head out to with her family while dad competed in Autocross events in his race-prepped Porsche 944 Turbo. Soon after, she was racing in the seat of a go-kart where at the age of eight, she was named a regional champion for her class and age group. Three years later, she was a state champion.

On the day of the record attempt, she treated it just like any other day. She managed to wolf down a lunch of pizza, hung around with siblings, and even worked a little karting practice in before her record run.

Chambers made the record attempt in what is essentially an off-the-shelf, brand new Porsche 718 Spyder. Powered by a 2.0-liter turbocharged boxer four-cylinder engine that produces 300 horsepower and 280 lb-ft of torque, it provides one horsepower for every ten pounds of weight. It is available with either a six-speed manual or a PDK dual-clutch automatic transmission and has a 0-60 time of 4.7 seconds. It is capable of 170 mph top speed. That’s a ton of power from a four-cylinder turbo.

The 718’s lowered body and its specially-tuned suspension were enhanced by standard fitment Michelin Sport Cup 2 tires. In slalom runs, stiffness of the chassis translates to faster speeds and quicker times. In this case, the Porsche, with its mid-engine geometry, was the perfect beast to make the run.

Before her run, surveyors measured out each cone that was part of the slalom course to make sure its placement was accurate to guarantee the record run. Photographers adjusted cameras; survey teams checked their GPS systems, timers, their clocks and the Guinness witnesses their positions to assure her attempt was a valid one.

And then it was time.

For her first run, Chambers used her piloting skills to weave through the cones for her record attempt, tying the record to the hundredth of a second under the watchful eyes of her father. The second run saw her clear the cones in just 47.45 seconds. That was more than a half-second faster than her goal.

THE WAITING IS THE HARDEST PART

After verification that she had not so much as nudged a cone, her father let her know she had taken the record. “Oh, thank goodness!” she exclaimed as she jumped out of the Porsche 718 for a hug. “I’m super-happy with everyone’s effort and help in achieving our coal. I’m grateful for the amazing opportunity.”

“I really enjoy driving, I think it’s fun,” she said. “I do like the competition piece of it. And I really enjoy doing it, to be the best at something.”

She’s our kind of enthusiast!