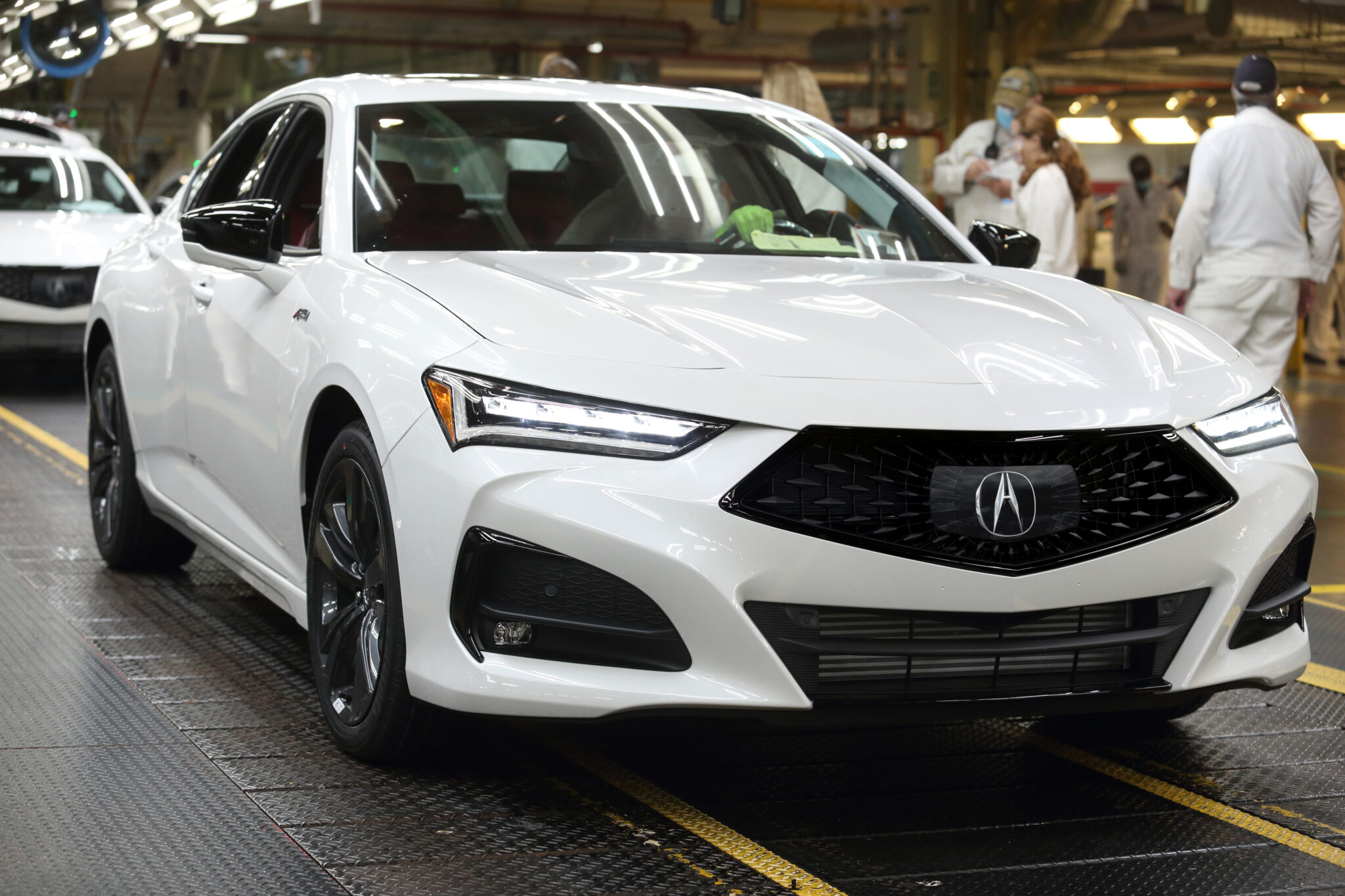 August 28, 2020 marks the date when the all-new 2021 Acura TLX begins production at Honda of America’s Marysville Auto Plant near Columbus, Ohio. The first Acura sedan designed from the ground up, following the brand’s Precision Crafted Performance ethos, it will begin to arrive at Acura Dealerships in late September.

Designed in Ohio and California, the new Acura TLX utilizes a new Acura S performance platform. The company insists the Ohio-built will be the quickest, best-handling and most well-appointed sport sedan the 35-year-old Acura company will ever have built.

Two engines from the nearby Anna Engine Plant will power the new Acura TLX. The first is a powerful 2.0-liter DOHC VTEC Turbocharged four-cylinder making 272 horsepower and 280 lb-ft of torque that powers the standard TLX. At the same time, an all-new 3.0-liter dual-scroll turbocharged V6 is matched to the TLX Type S. Peak horsepower and torque are to be announced (TBA). Both engines are mated to a 10-speed automatic transmission that has been designed by Honda on an in-house basis by company engine design engineers.

Acura’s Super Handling All-Wheel-Drive (SH-AWD) will be an available option on the 2.0-liter turbo but standard on the six-cylinder-powered TLX. The TLX will ride on a suspension composed of a double-wishbone kit in front and a multi-link rear suspension for the best handling possible under a variety of driving situations. Steering is through a belt-driven electric power-assisted steering system with variable-ratio tuning. Finally, everything is brought back under control by a set of Brembo electro servo front brakes.

In addition to all that performance, the new Acura TLX and TLX Type S will include the AcuraWatch suite of advanced safety and driver-assistance technologies standard. These safety features include new Traffic Sign Recognition (TSR), Driver Awareness Monitor and Traffic Jam Assist (TJA). Working together with adaptive cruise control with low speed follow, TJA helps to reduce driver stress during a long cross-country drive or even something as simple as rush-hour traffic.

Please continue to tune into Napleton.News, where we will keep you up-to-date on all the latest offerings from Acura, Honda and more.

2020-09-01
Previous Post: THE KIA STINGER MUSCLES UP FOR 2022
Next Post: JEEP GRAND WAGONEER CONCEPT GIVES A GLIMPSE OF THE FUTURE