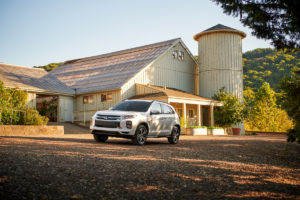 It may come as a surprise given the fact that Mitsubishi has reduced the number of models in their lineup over the past several years. As of today, Mitsubishi is producing a total of six vehicle types: Mirage, Mirage G4, Eclipse Cross, Outlander, Outlander Sport, and Outlander PHEV.

Despite the limited number of models the brand produces, it is clear that drivers favor Mitsubishi’s modest assortment of cars and SUVs. The proof comes in the form of placing in sixth overall out of 33 brands that participated in the J.D. Power IQS for 2020.

“The J.D. Power Initial Quality Study is a powerful tool, allowing automotive manufacturers to listen to our customers and gain insights into their views of our vehicles,” said Yoichi Yokozawa, president and CEO of Mitsubishi Motors North America, Inc. (MMNA).

What’s even more impressive is just how far Mitsubishi moved up the list compared to last year. MMNA was ranked 30th in the 2019 study, giving the brand the single greatest year-over-year improvement that the industry has ever seen.

“The 2020 results recognize our focus on quality, reliability, and value in all Mitsubishi vehicles. Our ranking in this study gives us even more reason to continue our commitment to innovation,” said Yokozawa.

So how did the brand do it? How did Mitsubishi move up 24 total spots with a limited lineup? We asked ourselves the very same questions.

Mitsubishi was able to climb the rankings largely in part because of the thorough redesign given to the 2020 Outlander Sport. Feedback on the model was so positive that the Outlander Sport placed third overall in the small SUV category.

Over the past year, Mitsubishi has quietly taken steps to not only compete with other automakers but sway customers away with quality models at affordable prices. 2019 marked the company’s best year in sales since 2007, marking its seventh consecutive year of sales growth in the United States.

Furthermore, MMNA moved its corporate headquarters from Southern California to Franklin, Tennessee. Plans for the new state-of-the-art facility include hiring 140 new employees with the goal of sustained growth.